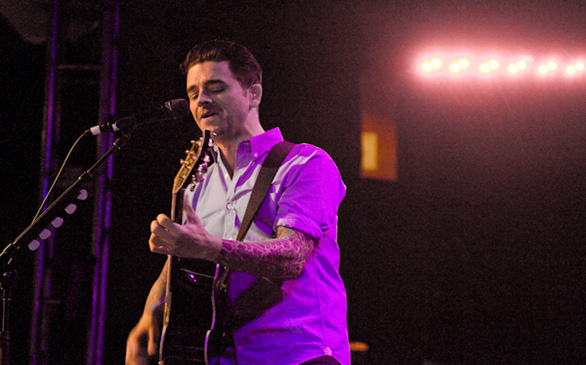 With opening performances by Lady Danville and Saves the Day frontman Chris Conley, the energy was light and happy throughout the night. Conley, who will also be releasing a new album with his band later this year, was a perfect opening for Dashboard.

Looking into the audience, nearly every person sang along with Chris Carrabba. The loyal and eclectic audience knew every word to almost every song.

Carrabba skillfully took to the stage and after taking a moment to make some adjustments, did not miss a beat as he quipped, “Just getting some things fixed up here,” and the show began. Ending the night with “Vindicated” and “Hands Down,” the excited audience sang along and squealed in excitement at their favorite songs.

For many, the entire weekend was one to remember.