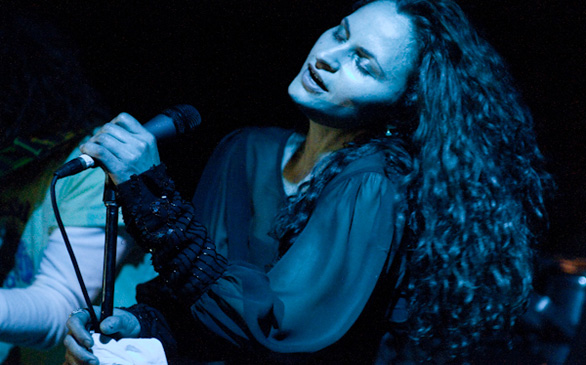 The release of the papercranes’ new album, Let’s Make Babies in the Woods, was welcomed with a packed house and an enthusiastic audience. Harvard & Stone was the perfect chic venue for the papercranes’ release party and show.

The band’s frontwoman, Rain Phoenix, was clearly excited and thrilled to play the new album for more ears. The group was a joy to watch in the small and intimate bar.

With a depth of sound brought by cello solos and deep drum beats, the music had much to offer in feeling and attitude. The album, which began as an experiment for Phoenix, has paid off and has turned into a full record with quite the following. The band is often made up of familiar faces, including her family and friends who have made guest appearances on the album and at shows.