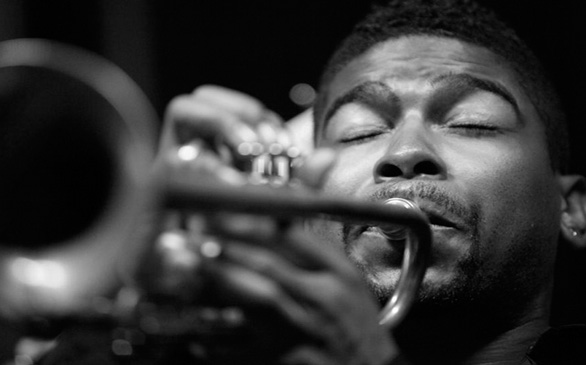 It would be way too difficult to keep up a jazz club decades after the birth of the genre, right?

For Ruth Price, the answer is no. The jazz vocalist chose 1992 as the year to introduce Jazz Bakery to the world, a nonprofit organization that puts on shows from various esteemed jazz musicians.

Typing ”jazz” into Google automatically brings up the “Jazz Bakery.” It’s the reincarnation and redefining of a movement and an era. Gone is the seedy atmosphere permeated with cigarette smoke and the clinking of cocktail glasses of the 1920s. Instead, the organization presents an environment that keeps refreshments away from the performance and gives free entrance to any child who sits on your lap during the show.

But for this burgeoning rebirth in Los Angeles, a city with every artsy movement from street art to street performance, home comes not in a location with dingy lighting and questionable alleys but in the shining lights of Helms Avenue. Driving down the lengthy and variegated streets off Venice Boulevard, you encounter Helms, a mini-world within the Culver City community. The street contains furniture stores and eateries and catches your eye the moment you see the huge lighted storefront and the words “HD Buttercup.”

The dainty location once gave home to the Jazz Bakery until its lease ended. Left without a permanent location, the Jazz Bakery is now cleverly called the “Movable Feast.” The group continues to organize shows at a variety of venues until they find somewhere else to call home.

And the moment has come for the aura of the place and its performances to move to a new block near the Kirk Douglas Theatre on Washington Boulevard, not too far from Sony Pictures as well as a kaleidoscope of small restaurants and movie theaters.

The move not only causes jubilation for the jazz show but also for jazz lovers and the music industry. Finding a location and money to pay the bills came from the obvious effort to keep this venerated business of entertainment alive. Though the idea of a modern take on the jazz club may sound strange, the venue garnered visits from many performers and racked up international fame. The place that ran seven nights a week and breathes and lives that it’s just “truly and purely about the music” got enough attention to keep its footing in society.

With a couple million dollars from the Annenberg Foundation, which supports everything from art to education, as well as a deal struck with Culver City to take over a vacant lot, Jazz Bakery makes it look easy to keep up the music identity not only in an economically shaky city, but one that that has its head immersed in dozens of other music genres, not just jazz.

From the beginning, the foundation thrived from the unrelenting support of state organizations like the Los Angeles County Board of Supervisors and Los Angeles County Arts Commission and businesses such as Guitar Center. The contributions show that there is something uniquely beneficial about having a place dedicated to music in your community. The Jazz Bakery is not just an organization started by eclectic jazz enthusiasts; it is a location where you can escape the noise of the city and enjoy jazz music. In that room, everyone from a toddler to a senior citizen can take a break from the hustle and bustle and just experience the power of music.

The dedication shown by the organization to keep its head afloat despite various obstacles, and the fact that it relies heavily on volunteers, shows that music, even the genres not in the Top 40, holds a special value for others, a value that can overcome any obstacles. From the teenager doling out a wrinkled dollar for a Hot Topic bag that gives back to the Hot Topic Foundation for the arts, there exists an obvious effort to keep up the arts in the community and allow music to thrive even in a difficult economy. It’s not too late to revive a musical movement. Everything from the music and attitude of the revived musical “Hair,” to the smooth persona and admirable dedication of the Jazz Bakery, shows that whatever music moves you, it really moves you.