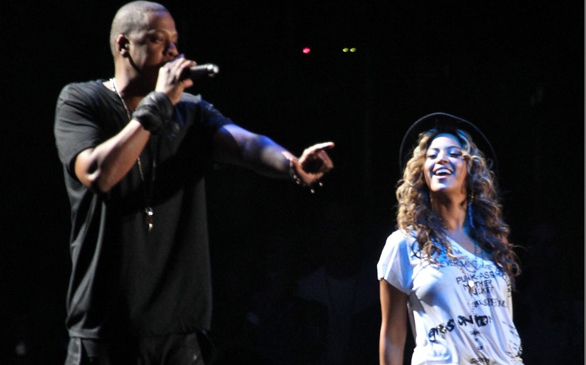 There was hardly anywhere online this past week that didn’t mention the Coachella lineup.

The three-day-long music festival holds a reputation for jam-packing each day with performances from a range of bands that transport you to a different musical realm altogether. At Coachella, fans unabashedly sweat together and throw their hands in the air freely to the same pulsing beat.

With months still left until the actually weekend reverie (April 15-17), the expectations are high, and the excitement is building. But so is the disappointment.

For a festival known for its alternative choice of bands – performers from Caifanes to Gogol Bordello to !!! and even the classic Duran Duran – fans were a little distraught and outraged at their favorites next to a few seemingly unfitting names.

Sitting comfortably in the list for the third day is controversy-causing Kanye West himself.

The guy is not the only mainstream musician gracing the list – “Fuck You”-famed and Gnarls Barkley member Cee Lo Green will visit the festival along with Irish punk band Flogging Molly and mellow men Interpol – and that’s just Friday. Green fans may have no idea who bands like Neon Trees and the Aquabats are, but there’s nothing wrong with mixing things up a bit.

For fans of the musical festival, it seems that the mainstream does not go too well with the indie. Not only does West boast of larger fame and popularity than some of the smaller bands listed, but his antics are the exact opposite of anyone wishing to get away from mainstream media. It’s no wonder that one of the musicians most talked about is also greatly disliked by quite a few music fans.

Those that attended the festival last year are probably experiencing quite a case of déjà vu. Hip hopper Jay-Z took the Coachella stage last year on the same turf as Muse.

There on the stage and present at the festival was a well-known rapper and his wife, high-profile, butt-shaking, go-getter diva Beyoncé. The gal joined Jay-Z on stage and boosted the mainstream meter up a notch.

Despite the seemingly disparate appearance of the two, a crowd still gathered round. Hardly any music fans would pay the hefty price for a Coachella ticket just to see Jay-Z and ignore all the other bands.

What occurred was that music fans let go a little. And so did Jay-Z and Beyoncé. They arrived in completely unfamiliar territory and B even went so far as topping her thick locks with a fedora and wearing a cut-off T-shirt with prominent swear words and a feminist mantra. In her plain but challenging tee and a pair of cut-off shorts, the girl posed as another member of the crowd and eased out of her expected image.

Was it a weak attempt at fitting in, or was she actually in the spirit of Coachella?

You travel miles and sometimes even camp out for the opportunity to not only see your favorite musicians but get away from everything else and feel the unity of an event that only happens once a year. For Beyoncé, the freedom was in straying from her usual wardrobe and writing whatever she felt on a cotton tee.

West’s unexpected appearance definitely shakes things up, but musicians don’t get anywhere without garnering attention – whether positive or negative. West is a different person from 2006, but the talent he inarguably exudes, attitude or not, remains intact.

If the spirit of Coachella is to coalesce, let go and find utter freedom in the power of music, the fans can find that freedom even with West’s performance. Watching him perform does not mean signing on to his biggest fans list. But for a small span of time, West can find refuge from the faces of angry pop stars, and indie fans can dance to a new genre without committing anything to an iPod.

With the sun blazing high overhead and everyone from a 5-year-old to a blooming teenager sharing the same lawn, almost anything can happen. And that anything can mean history going down as a hipster crowd sways to the rhythm of Kanye West.