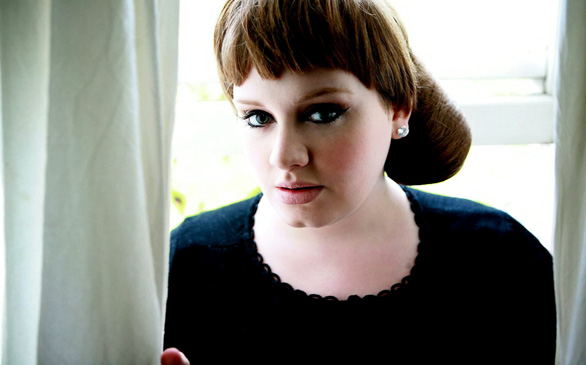 Something’s abuzz in the music world. From short hiatuses to some time spent on side projects, musicians across a spectrum of genres have gone through a rough patch. But lately, quite a few have been making a comeback after years of dropping off of the music radar, whether it be in live shows or in the good old recording studio.

Britney Spears: The gal is not gone. Ready to compete with Lady Gaga and a slew of other kooky divas, the all-American pop star continues to evolve and released the single “Hold It Against Me,” which won a spot on Billboard’s Top 10 pop songs. The album hits stores in March.

Adele: Not to be left behind, the ever-thoughtful and ever-sincere Adele croons to music fans again. Songs such as “Chasing Pavements” and “Hometown” got her in the ears of music fans back in 2008, and now the girl is back in business. Following the trend of naming her albums after numbers, the darling releases 21 on Feb. 22 with help from producers such as Rick Rubin and Ryan Tedder. She’s one spot behind Spears on the UK top charts of songs and her more bluesy, reflective mood will save listeners sick of traditional pop music.

Amy Winehouse: The heavy-headed, thick-haired, British-accented dame once created a ruckus with her distinct face and deep, jazzy voice. She didn’t want to go to rehab, and it seems her stint in the music world isn’t over either. The gal performed at Brazil’s Summer Soul Festival on Jan. 8, where she was expected to reveal some new stuff. Winehouse stuck to covers, though, but the performance and subsequent schedules for other shows proves she is not yet gone entirely from the music world.

Cake: After a long seven years, the band recently released a new album entitled Showroom of Compassion. Long hiatuses are difficult to overcome, but if their new CD is not enough evidence of a solid comeback, how about the fact that the album hit No. 1 on the Billboard charts the week of Jan. 19? The album not only included a temporary tattoo (The Web site encouraged fans to upload photos of them on their skin.) but also brags of being recorded in a studio powered by solar energy. If that’s not getting with the times, I don’t know what is.

Foo Fighters: This group of intense yet playful rockers last released Echoes, Silence, Patience and Grace in 2007 and continued their creative streak of music videos with heavy doses of riot-geared figures and fake mustaches. With so much time gone by, it’s about time for a comeback. According to Billboard, the band is done recording a new album with 11 songs that include help from Bob Mould and others. Fans can also catch them on the stage starting in May.

The Strokes: Coachella tickets are officially sold out, and maybe one of the reasons is because heartthrob Julian Casablancas and crew will be strutting their musical stuff. The festival appearance is a hello to the band’s return to the recording studio. March 22 has a big circle around it for Strokes fans because that’s when the band will grace the music world once again after about five years. The Coachella appearance won’t hurt, either.

Yellowcard: The Warped-Tour rising, violin-including, pop-punk band recently announced the upcoming release of a new album. Posting on their Web site, “Today is the day everyone! The first new Yellowcard song in three years is out!” the guys seem pretty excited to be back in the music scene. They’ll have to compete with the likes of strange rapper Nicki Minaj and the return of other alt rock bands, but surely with the right injection of violin notes and bouncy tunes, the guys can make a name for themselves once again. The full album is out March 22..

Sum 41: Following in Yellowcard’s footsteps, the guys of Sum 41 will be shelling out some new stuff soon. For Sum fans, the wait is shorter with their single out this week, and their album scheduled for a March 29 release date.