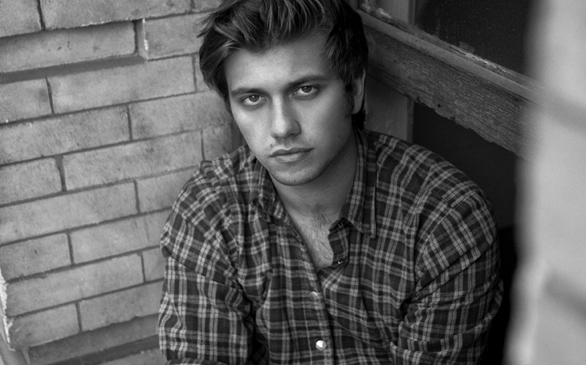 With the recently released and long-awaited debut album A Winter Tale from Bobby Long, I was looking forward to seeing him perform.

I was surprised to see Paparazzi milling out front, and even more surprised when I walked inside to the most packed house I’d ever seen! You could feel the energy in the crowd. When Long and his bandmates came on stage, the women went gaga.

Long donned a sleek, black suit with hair flopping to one side, and the band mates were all smartly dressed. When they began to play, it was a nice departure from a lot of music we hear today. With his singer-songwriter style, he has a nice, full, raspy voice that can belt out lyrics.

Most of his songs have a bit of blues, and also hints of country as well. The band stepped off stage for two songs while he sang solo and played either his acoustic guitar or his Gibson. “Sick Man Blues” was one of my solo favorites with real emotion behind every lyric. When the band rejoined they had a jam session, especially “The Bounty of Mary Jane” and a good-old sing-along “Dead and Done.”

With Rich Hinman on pedal steel and guitar, Chris Morrisey on bass and Mark Stepro on drums, this was an exciting and fresh concert to see.