The White Stripes: Why Their Breakup Is So Polemical 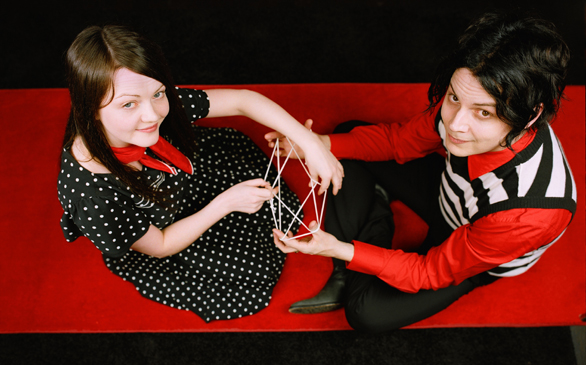 The first time I heard a guitar scream was on Elephant during my high school years. And from then on, I was hooked. In a world where CD stores were still doing alright and the music scene was undergoing a sort of garage rock revival à la the Strokes and Yeah Yeah Yeahs, the White Stripes stood out to me. And maybe that’s how it was for everyone else.

They restricted themselves to a specific color palette, kept the third man/woman out and maintained a marriage under wraps for quite some years. But what captivated people and alternately bothered them was what they didn’t keep under wraps – a rambunctiously bluesy style mixed with spontaneity and some vibe that was just White Stripes-y. You didn’t see the imprint of the rock world on their faces. Instead, the rock world got filled with white and red stripes.

For many people, the development of the White Stripes is equally important due to personal ties and the development of rock. Packing venues such as the Greek Theatre with anyone and everyone, the band always emitted the same energy with different notes. There was no wondering if something would be different that night in your particular city in your particular state, because the same color blends would surround you and the same faces would reach out from the dark.

I was told to get down from a chair at the Greek Theatre as I tried to get a better view of them onstage. I was told their music was weird. I was asked why the album name was Get Behind Me Satan, and if this had something to do with Satanism. But I stayed firmly behind them.

There was something about dipping into every CD. The actual CDs were all the same colors. And besides that, they were truly a whole. There wasn’t one song you could just take out of the album without knowing or feeling it belonged to a greater whole. With each new name and title, there was a new yet constant version of the White Stripes persona handed to you in plastic for you to listen to your heart’s content. There was something strangely sexy about Jack’s bushy, untamed hair and something meek yet beautiful about Meg’s quietude.

The years made things change. The band stayed strong through shifting music production and shifting musical tastes and through Jack’s finger surgery and stint with Renée Zellweger. We were told Meg was dating a guy from Los Lobos and during the filming of the trippy, artsy and quite strange “Blue Orchid” music video, rumor had it that Jack fell for a red-headed dame.

Years later, the guy has two kids with model/political figure/singer Karen Elson, the redhead he always sang about. And Meg’s got her own home life as well.

But moving beyond the character types and stereotypes and personas, together they created a band that simultaneously let anything happen and let it all hang out while staying true to their roots and the reason why they made music – because they wanted to.

There was no producer hanging over their shoulder, and there was no studio magic that made the live version exactly the same, and that’s something commendable no matter the music fan’s genre inclinations or problems with the duo’s persona. You always got the sense the White Stripes took themselves seriously. And it was all just take it or leave it.

Musicians find it hard to stand out nowadays with so many brightly haired girls and go-getter guys. But for the White Stripes, one small vision, a bit of genuineness, a love for the music and a simple color palette was enough to get everyone from your nephew to Alicia Keys joining in on the fun.

Here are some tracks to reminisce and see the development of the White Stripes from their 1999 debut to their final 2007 album: “Jimmy the Exploder” (The White Stripes); “Apple Blossom” (De Stijl); “I Think I Smell a Rat” (White Blood Cells);  “There’s No Home for You Here” (Elephant); “Little Ghost” (Get Behind Me Satan); “Little Cream Soda” (Icky Thump).