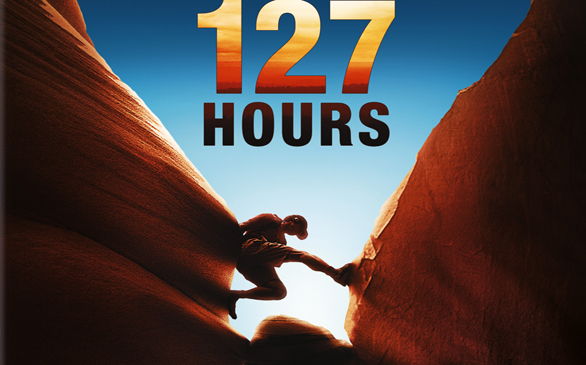 Awards Season: James Franco is having a career year in part to his Oscar-nominated performance in 127 Hours, directed by Danny Boyle (Slumdog Millionaire). Franco single-handedly carries the film as real-life adventure junkie Aron Ralston who was trapped under a boulder in the Utah wilderness and had to cut off his own arm.

Jake Gyllenhaal and Anne Hathaway rekindle their on-screen chemistry in Love & Other Drugs. Edward Zwick (Defiance) directs this tale of a commitment-shy free spirit (Hathaway) and the charming pharmaceutical salesman who wins her heart.

Action! Dwayne “The Rock” Johnson finally returns to what he does best in Faster, a high-octane revenge flick. After getting out of prison, Johnson sets out to get justice from the men responsible for his brother’s death. But a veteran cop (Billy Bob Thornton) and a hit man aren’t making matters easy.

When the seal between Earth and Hell is breached, professional exorcists have to do battle with the forces of evil in Chrono Crusade: The Complete Series, from the creators of “Afro Samurai.”

Blu Notes: Jim Carrey caught audiences off guard in 1996 with the pitch-black comedy The Cable Guy. Ben Stiller directed the film about a lonely, disturbed cable repairman who latches onto one of his customers (Matthew Broderick). But things turn dark when he is rejected. The 15th Anniversary Blu-ray includes new commentary by Carrey, Stiller and producer Judd Apatow.

Michael Jordan is one of the most dominant athletes to ever play professional sports. Michael Jordan to the Max captured the master on and off the court for IMAX in his pre-comeback final season leading the Bulls to their sixth championship. Weighing in are Phil Jackson, Doug Collins and Bob Costas.

Under the Radar: Japanese filmmaker Hirokazu Kore-eda (After Life) crafted his most personal film yet with Still Walking (Criterion), a closely observed, naturalistic look at family. Taking place over a single day, the film follows a brother and sister, now with their own families, who reunite with their parents to commemorate the drowning of their brother.

Stranger Than Fiction: Eyes of the Mothman examines the 45-year-old mystery surrounding an event in which several eye witnesses claim to have seen a huge, winged man in West Virginia, just prior to a series of bizarre occurrences and deaths. Along the way, the documentary filmmakers find that they themselves might be falling victim to “The Cornstalk Curse.”

Waiting for Hockney is a portrait of Maryland artist Billy Pappas, who developed a new, microscopic approach to art, spending five months on a single Marilyn Monroe portrait. He attempts to contact well-known artist David Hockney for validation.

Tilda Swinton narrates Climate of Change, a poetic and inspiring look at individuals around the globe who are acting locally to fight climate change.