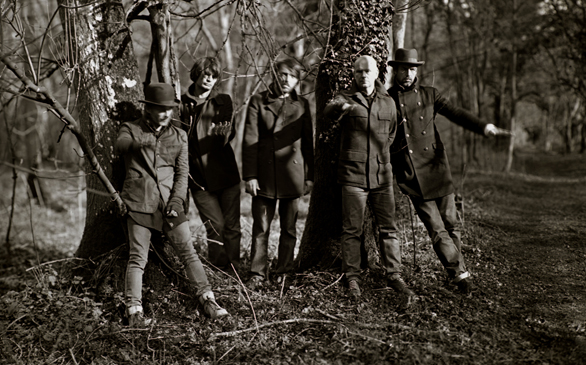 When you first watch the video for “Lotus Flower” by Radiohead, you wonder what the heck is wrong with the guy who is dancing.

Then you take a step back and realize that it’s Thom Yorke. As in, the lead singer of a successful band that started in the ’90s and hasn’t let up since.

But for Radiohead, having a solid music career doesn’t mean following the norm – it’s more fun to do things their own way. In a move that startled the music industry back in 2007, Radiohead let fans pay what they wanted for their album In Rainbows.

It would seem that with the passing of time, the band might want to try to make a little more money.

But their newest album, The King of Limbs, is only $9 online.

Not only bent on putting iTunes out of business, the band also wants to turn the idea of CD purchases upside down. Online, you can also buy what is called a “newspaper album.” Comically presented as maybe the only one of its kind, the CD comes with vinyl records, artwork and a digital version. It costs a startling $48 but also includes an MP3 version and the cost of shipping.

Yet the band contradicts itself when it comes to commercialization. The newspaper version may seem a gimmick to get more money or attract attention, but attention seems the last thing they want. When “Creep” exploded on the radio waves, the guys felt they didn’t want it to become their defining song and, therefore, denied fans the privilege of hearing it live for a few years.

Despite not wearing any sort of eye-catching costumes, the guys of Radiohead have always had a knack for turning the music world on its head.

Even “Creep,” when considered in their musical journey, most likely garnered so many fans because of its unabashed honesty. If it didn’t sound so genuine, the track would probably come off as highly melodramatic. But something about the lyrics and Yorke’s voice alerted fans that this wasn’t a purposely anthemic track meant to reel in all the misfits out there. It was a song coming from the mind of a man genuinely looking to express his frustration. If others felt the same way, so be it.

Yet having a band that refuses to play one of its most prized songs may throw fans into a bit of consternation.

The beauty of it all is that Radiohead understand music fans are much more than sources of money. And a decade later, they’ve also figured out they really can do whatever the hell they want.

Their Web site has everything from the CD announcement to links to environmental causes. The “Lotus Flower” video is ripe for parodying, but that didn’t stop the band from giving York the entire song length to twitch spastically and shoot the camera eerie, off-setting looks, among other things.

What separates the music video from others is Yorke’s complete lack of worry over the strange nature of his moves. Here we see a man who might come off as slightly deranged, but nevertheless has a kinetic and electric connection with the track song. Not to mention the fact that the moves were actually carefully calculated by choreographer Wayne McGregor.

The uncommon nature of their album releases only proves this strong connection with the music.

By releasing an album at a pay-what-you-want rate or by having it be less than $10, Radiohead has shredded apart the expected connection between being famous and taking advantage of that fame to get rich quickly.

This is what keeps music fans coming back for more. They guys don’t overwhelm their fans with showy publicity, instead opting for an air of mystery. But the playful enigmas they set up only show they are having fun with what they do.

You don’t get the sense that they are lofty musicians who are richer and better than you. You get the sense they understand that you don’t have too much money to spend on an album and all that really matters is that the CDs and concert tickets you buy are for the love of the music.