Hereafter, The Fighter and More 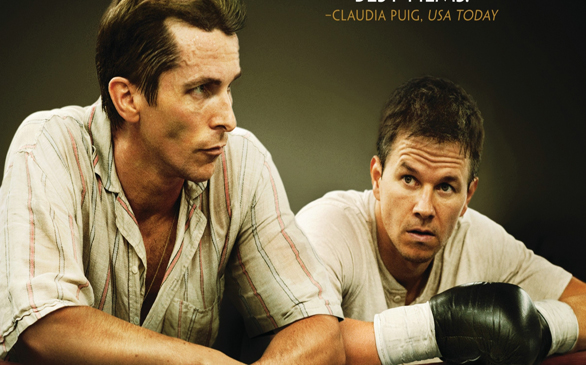 The Majors: One of the big award winners this year, The Fighter, stars Mark Wahlberg as real-life Boston boxing hero Micky Ward and Christian Bale as his brother/trainer. Melissa Leo and Bale both nabbed Oscars. David O. Russell crafted a phenomenal film out of this well-worn genre.

Based on a story by Jeffrey Eugenides (Middlesex), The Switch is a romantic comedy starring Jennifer Aniston and Jason Bateman. Unlucky in love, Aniston decides to have a child via artificial insemination. But her best friend (Bateman), who is secretly in love with her, switches the sperm with his own. Patrick Wilson, Jeff Goldblum and Juliette Lewis co-star.

Clint Eastwood maintains his extremely prolific output in his twilight years with Hereafter. The film follows three separate people around the world connected by their shared connection to death in their lives. Matt Damon stars as a former TV psychic.

The Idiotbox: Who Do You Think You Are? Season 1 is a fascinating show about genealogy. Each episode follows a different celebrity (Sarah Jessica Parker, Emmitt Smith, Susan Sarandon, et al.) as they discover unknown connections in their family tree. From slaves to royalty to the Salem witch trials, the revelations may prompt you to investigate your own lineage.

With a new script, fresh English dub and re-edited without all the added filler material, Dragon Ball Z Kai: Part Four gives new life to one of anime’s most popular series. This volume contains 13 episodes of the Frieza saga.

Under the Radar: Richard Levine (“Nip/Tuck”) wrote and directed Every Day, a romantic dramedy about the difficulties of modern relationships. Liev Schreiber and Helen Hunt headline a stellar cast.

Matthew Lillard stars as a man-child finally evicted by his parents who finds the girl of his dreams in Spooner.

“Whose Line Is It Anyway?” stars Colin Mochrie and Brad Sherwood bring their popular improv stage show to DVD in Colin & Brad: Two Man Group. Also included is a dos and don’ts of improv featurette and an interview with the quick-witted duo.

Blu Notes: Perhaps Will Ferrell’s finest moment is as a pompous 1970s newsman who butts heads with his new feminist co-anchor (Christina Applegate) in Anchorman: The Legend of Ron Burgundy. Paul Rudd, Steve Carell and David Koechner make up the all-star supporting cast. The Rich Mahogany Edition contains both rated and unrated versions, as well as the feature-length collection of deleted scenes previously released as Wake up, Ron Burgundy, plus a whole slew of extras, including table reads, auditions and the “Afternoon Delight” recording session.