Why Music Videos Need to Tone it Down 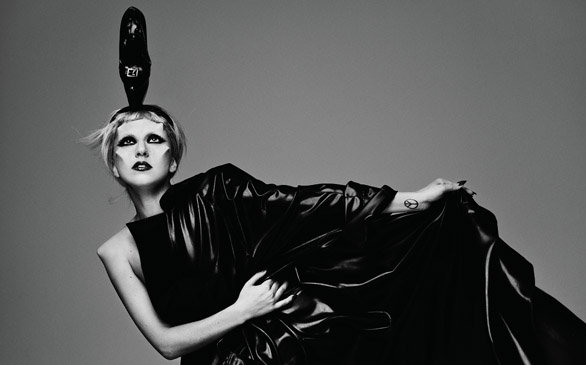 No, not really. She just did so in her new video for her most recent hit “Born This Way.”

After practically single-handedly restarting the music video à la short film form, Lady Gaga needed to outdo herself in the newest video in her artistic collection.

And that she did.

With everything from a sci-fi voice-over narrative to a surprisingly realistic-looking birth scene, Gaga managed to get both attention and shock from music fans and video watchers.

But she’s not the only one kicking it up a notch.

West’s “Monster” featured pals like Jay-Z and Nicki Minaj but also undertones of misogyny and necromancy. Here, there are frightening zombies laying in bed with West and at one point, he nonchalantly raps to the camera while holding the head of a dead female.

M.I.A. chose instead to pick on the redheads in her video “Born Free,” assaulting viewers with obvious political undertones and even a semi-pornographic scene at the start. What really got the viewer, though, was her staged execution of redheads.

With this much shocking material, what’s next?

It’s a given that the music video realm is not half as interesting to music lovers as it was 10-plus years ago – evidenced by the fact that now MTV plays shows like “Jersey Shore” and “Teen Mom” in place of actual music videos – but that doesn’t mean that music fans are looking for necromancy and almost nauseating scenes of birth. The movie-type music video is the way to go to attract more viewers, but the musician must draw the line on how far is too far.

Births might not be so controversial but a man holding the chopped-off head of a woman might not float the boats of most female, or even male, listeners. There’s a difference between creating music videos that try to use full creativity and making videos that could very well offend a large portion of listeners. The bottom line is that these artists know exactly what they’re doing. There isn’t one move in the music video world, insignificant as it may seem now, that doesn’t define who the band is, whether fans or musicians like it or not.

Radiohead didn’t care what anyone thought of them when they recorded the offbeat video for “Lotus Flower,” but Miley Cyrus very well knew that wearing hardly any clothes and dancing dirty with both sexes – not to mention using the metaphor of a caged bird – would help listeners see the new identity she was going for.

It wasn’t so much about whether or not you heard the song. Anyone can timidly walk up to a microphone and proclaim they ‘can’t be tamed.’ People were more often asking the question, “Did you see the video?”

Kanye loves controversy, M.I.A. loves her political challenges and Lady Gaga wants to give birth, or give rise to, a new brand of monsters.

The line has to be crossed to reach a solid identity and get heads turning, but these ideas of genocide, decapitated women and machine gun births aren’t exactly the easiest for music listeners to swallow. Gaga is taking the risk of converting any die-hard fan from a little monster to someone just a little scared.

Shocking us out of passivity, these artists are trying to craft their identity without caring what anyone thinks. Sure, the video gets you talking, but what exactly does it get you talking about?

That is the risk these artists need to consider when releasing their new music videos. These are the not the stuff teenagers should be watching, and the videos are likely to attract an exclusive group in the adult audience, namely those into the more artsy and conceptual side of art media.

Unfortunately for the artists, that isn’t everyone.

If videos continue to peak and be threatened by YouTube censorship, they will go back into the rut that these artists are trying to dig them out of. The videos will lose viewers instead of calling back the days when teens spent their lazy summer days on the couch during the golden era of MTV.