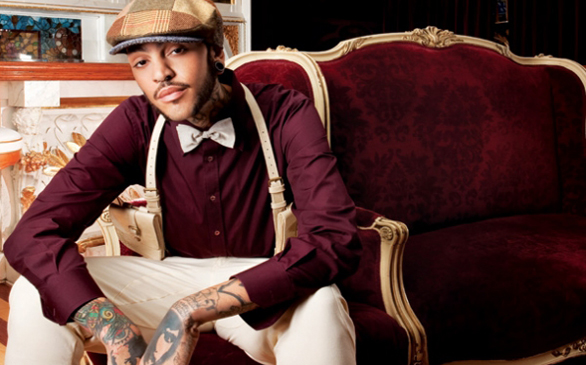 Spring break is probably the biggest thing that any college student looks forward to. Whether your short week is already over or you are getting ready to leave the textbooks and lectures behind, there is a show waiting for you in every venue from the charming, historic El Rey Theatre to the loud, big-capacity Staples Center. Here’s a guide to some of the musicians ready to show off their musical chops this spring.

If you’re looking for a pop-punk fix, boy, this is a deal for you. Fun-loving pop-punkers Good Charlotte are back at it again, teaming up with Forever the Sickest Kids for a fusion of the old and new. No other venue could be better than the pit-friendly, standing room-only House of Blues. So get out that eyeliner and hair gel and get ready to fight for your spot in the H.O.B. mosh pit.

If you’ve got some extra dough to shell out and you’re into obnoxious amounts of glitter and strangely designed pianos, the performance spectacle of Lady Gaga perfectly suits your needs. The gal will be packing stadiums with Little Monsters near the end of March. Past visits from Gaga had devoted Little Monsters dressing head to toe in a completely crazy style, and now you can join in on the fun.

Electronic lovers, congregate. Norwegian electronic duo Röyskopp visit the Wiltern and deliver you enough bass-thumping, hypnotic beats to get you through the night. The guys have been around since 1998 so you can feed your newfound electronic craze with a duo who started to bring it to the forefront 10-plus years ago. Backed up with a Grammy nomination, an MTV Europe Award and a reputation for an eccentric style, they are bound to turn the Wiltern into a place of unrestricted dancing.

After making a name for himself as a solo artist with the poppy, summery “Billionaire,” Travie McCoy is only getting warmed up. Teaming up with three other notable hip-hop bands (Donnis, Black Cards, XV & Bad Rabbits), McCoy will put on a show at the ever-historic El Rey Theatre. McCoy’s already well known for his entertaining facial expressions and wooing cuteness, and this intimate, chandelier-happy venue will let you get as close as you’ve ever dreamt.

He might have made some family-friendly movies, but that doesn’t mean Ice Cube can’t still successfully rap some less-than-family-friendly lyrics. The hip-hop icon will take a step back from his movie and TV appearances and rock the mic N.W.A-style at HOB Sunset Strip. So cramp in next to 30-something year olds and teenagers alike for a night that will have you wondering if this is the same love-seeking, child-caring guy from Are We There Yet?

After dabbling in separate projects, the girls are back. You might have seen Camila Grey performing with Adam Lambert or maybe you followed Leisha Hailey on “The L Word,” but now the self-proclaimed indie electro-pop duo is back at it again. Though the two have been involved in other bands including the Murmurs and Mellowdrone, their velvety harmonies and suave keyboard notes prove that Uh Huh Her is a force to be reckoned with. Catch them at the El Rey for an intimate show and see if you can finally figure out what “Explode” is actually about.