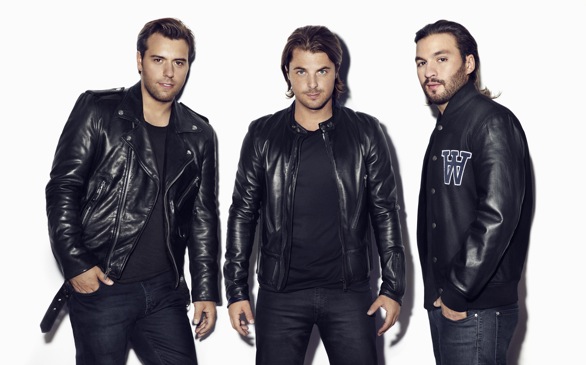 At the sight of the Los Angeles County Fire Department parked outside the Roxy on a Friday night, someone could have thought – on a whim – that Talking Heads were back together and on the road again. Yet, on this night, it wasn’t David Byrne’s now-extinct, dance-punk outfit that caused the damage to one of Los Angeles’ historic clubs or the main act of the evening in New Orleans funk band Dumpstaphunk.

Instead, Beastie Boys collaborator Money Mark had just put the finishing touches on his opening set for the night, and as we waited patiently for Ivan Neville (son of R&B singer Aaron Neville) and his boys to burn down the house – so to speak – with a batch of their own spicy gumbo, the club’s electricity almost did it for them.

As it turned out, a small electrical fire near the venue’s marquee kept us waiting 30 minutes more for those bayou grooves to come to life, but it didn’t result in an early end to the night like many of us had thought while we waited outside for the flames to be put out. So, after we got the “all-clear” signal to head back inside and had another round of drinks, it was time for the night to get a little bit funkier. With Dumpstaphunk stepping on stage a few minutes later, that didn’t seem to be a problem.

Busting out fan favorite “Gas Man” to kick things off, you could quickly identify from the first few measures played the influences lying on Dumpsta’s plate – an order of the Meter’s deep-fried funk, a side of Sly and the Family Stone and Parliament-Funkadelic and a taste of rock ’n’ roll from Ivan’s days of playing with Keith Richards.

And though as the show progressed I could see his family’s legacy living on through Dumpstaphunk in some ways, the quintet appeared more interested in carving out its own sound among today’s funk collections. It has done that already by headlining shows at the world famous Tipitina’s, booking sets on the main stage at the New Orleans Jazz & Heritage Festival and winning awards for New Orleans’ best funk group.

But on a night unexpectedly cut short by a malfunctioning transformer box, Neville and Dumpstaphunk did their best to give a gracious crowd its funk fix while still leaving it anxious for a return to Southern California some day soon.