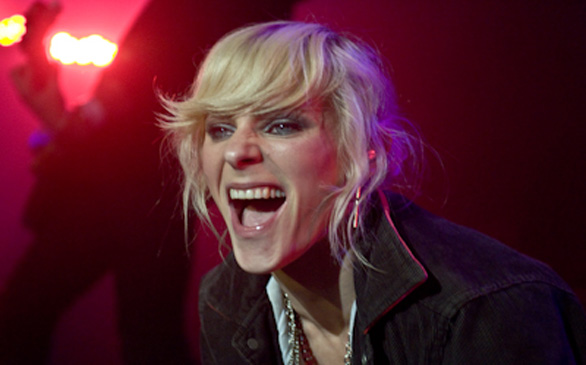 Walking into the Avalon on Tuesday night, you could feel the energy and excitement in the air. Before the Sounds took to the stage, the audience was entertained by DJ Kill Pop in what seemed like a somewhat endless but highly entertaining DJ set. The Sounds came to the stage to greet an already roaring crowd of many die-hard fans. The biggest reaction came when the band started their well-known “Living in America.” It seemed the audience knew every word and sang along with Maja Ivarsson, who moments prior to starting the song unapologetically announced her drunkenness. As she said though, you can be drunk in a rock band.

The band is currently promoting their newest album Something to Die For, which was released the day of the concert. The release of the album and the new feel spurred on the enthusiasm of the crowd. By the end of the set, the Sounds were not the only ones on stage. People from the audience began to join in the fun up on stage and the Sounds, in true rocker form, kept the show going strong with their fans on stage.