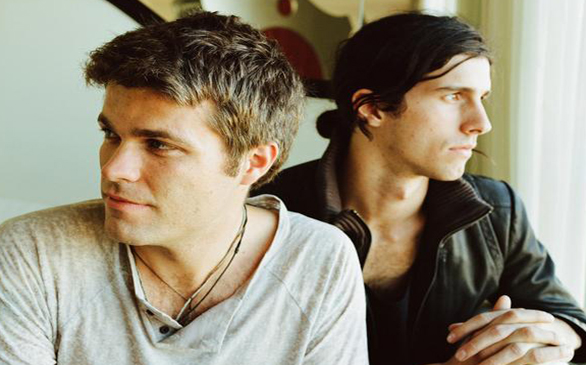 The onslaught of music festivals is not over. In no other couple of months will you catch so many opportunities to stand next to hundreds of other people and scream out your adoration for any chosen musician.

Though the abundance of music festival choices might leave any music fan reeling, there is yet another major music fest that has made its mark and is back for more. Here comes the one most likely to leave you with bruises, unbelievable stories and a newfound resistance to incredulously large mosh pits.

Running from June to August and making stops everywhere from California to New York, this is the music festival that gathers alternative bands and makes crowd-surfing a must and that is organized by a brand known for donning the feet of skaters and punks alike. Past festivals have featured the likes of NOFX and Rise Against along with smaller but also prominent names like Motion City Soundtrack and Hellogoodbye.

In its 17th year, the festival still seems to be going strong. This year, event planners seem to be focusing not only on enlisting as many alternative bands who are getting back together or getting over a breakup, from Paramore to Gym Class Heroes to Dance Gavin Dance, but on taking the risk of putting a seemingly left-field band on the stage.

A la Coachella, this year the Vans Warped Tour features the likes of Top 40 hip-hop/electronic duo 3OH!3 in an otherwise alternative climate. Yes, the duo responsible for some of the most obnoxiously party-oriented and catchy, overly produced songs will share the stage with bands that prefer to play their own instruments.

Though the appearance of Kanye West with big-time revivalist garage rockers the Strokes might not be too random of a matchup, how will a duo that sings about seductive women and the likes hold up at an event that hosts bands like I Set My Friends on Fire? Surrounded by an amalgam of bands that are not only alternative, but also boast of strange genre names like screamo, 3OH!3 will more than likely feel out of place. Even other hip-hop acts like MC Lars with Weerd Science and Yelawolf don’t carry the same Top 40 brand, something that will stand out glaringly in an arena packed with mostly hardcore and alternative punk fans. Yet, this isn’t their first appearance at the music festival. Fortunately for the hip-hop duo, their appearance at the Warped Tour is possible due to the fact that current alternative music fans are making some wiggle room to include radio hits with their more obscure favorites. Loyal Paramore and Gym Class Hero fans will mostly bob their heads just as happily, seeing as GCH hits have graced radios frequently and Paramore went more markedly commercial with the inclusion of their track “Decode” in the wildly popular Twilight film. But the name of 3OH3! might not ring a bell to fans of bands like Attack Attack! Yet lovers of more standard punk bands like Less than Jake and Simple Plan might also be able to apply their fervent skanking and dancing to the noise of “Starstrucck,” which features Warped Tour veteran Katy Perry. About a minute into the track proves that it’s almost indiscernible from emo-inclining bands like Panic! at the Disco and even the trend-causing Fall Out Boy.

But for those cringing in their seats, the fact of the matter is that Warped Tour, as it did with 3OH!3’s appearance in 2009, is still holding up to its reputation of having all the alternative bands that any mainstream music hater can possibly dream of.

With presale tickets already gone, the choice among music fans is clear. Despite the influx of music festivals on the current music scene, no other tour will supply the right amount of alternative or screamo bands with the right amount of opportunities for epic injuries as the Warped Tour does.