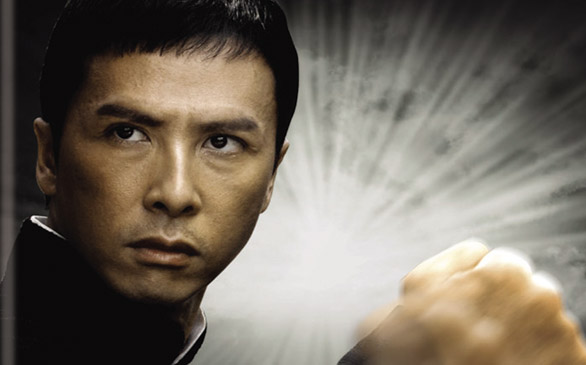 The Majors: Nicole Kidman nabbed an Oscar nomination for her performance in Rabbit Hole. The film follows a once-happy couple, played by Kidman and Aaron Eckhart, whose lives fall apart following their son’s death. John Cameron Mitchell (Shortbus) directs David Lindsay-Abaire’s adaptation of his own play.

Jack Black leads an all-star cast in Gulliver’s Travels. This comedic modern-day re-telling focuses on the Lilliput episode of the original story, in which Gulliver (Black) lands on an island populated by a kingdom of pint-sized people. Jason Segel and Emily Blunt co-star.

Peter Weir (Master and Commander) co-wrote and directed The Way Back, the harrowing true story of escapees from a Siberian gulag who must trek thousands of miles across harsh terrain to freedom. Ed Harris and Colin Farrell star.

Sophia Coppola took home the Golden Lion award at last year’s Venice film festival for Somewhere, her latest minimalist meditation on the lives of the privileged and vapid. Stephen Dorff plays a Hollywood celebrity who begins to reconsider his non-stop party lifestyle when he gets a visit from his 11-year-old daughter (Elle Fanning).

The Idiotbox: The Ernie Kovacs Collection is a six-disc retrospective of the legendary comedian’s trailblazing television work. Capturing over 15 hours of comedy genius, the set spans 1951-1962, from his first local morning show to his primetime ABC specials.

Gear up for Earth Day with a little ’90s nostalgia when Captain Planet and the Planeteers: Season One arrives.

Before he was one of the biggest movie stars on the planet, Will Smith was the loveable misfit from West Philly turned fish out of water in posh Bel-Air in “The Fresh Prince of Bel-Air.” The sixth and final season is now available.

Catch a young Clive Owen alongside Sean Bean and Polly Walker in the BBC adaptation of the timeless novel of love and revenge, “Lorna Doone.”

From Criterion With Love: Over the course of his long career, English auteur Ken Loach has carved out a niche exploring the lives of his working-class countrymen. His definitive statement, Kes (1969), comes to Criterion DVD with a slew of great bonus features. The film follows a bullied boy from an unhappy home who forms a unique bond with a falcon. Shot with nonprofessional actors on location, Kes remains one of the key social realist films.

Funny Business: Terry and Dean are back in Fubar: Balls to the Wall. The sequel by Michael Dowse (Take Me Home Tonight) has the pair of dimwitted, past-their-prime headbangers seeking gainful employment while a woman threatens to tear them apart.

Under the Radar: Christian Carion (Joyeux Noel) directs Farewell, a superb true-life espionage story about a French engineer who finds himself a key player in the Cold War when he meets a KGB colonel. Willem Dafoe co-stars.

Also available: Nick Stahl in the sci-fi thriller The Speed of Thought

Stranger than Fiction: For “I Love the ’80s” aficionados, check out Falco, a feature-length documentary on the one-time German pop phenomenon behind “Rock Me Amadeus.”

Blu Notes: In honor of its 40th anniversary, the Oscar-nominated adaptation of the Broadway musical Fiddler on the Roof comes to Blu-ray. Bonus features include commentary by director Norman Jewison and star Topol, a deleted song and more.

Everybody’s favorite robot, Johnny 5 is back and in high-def with Short Circuit 2. Fisher Stevens and Michael McKean star.