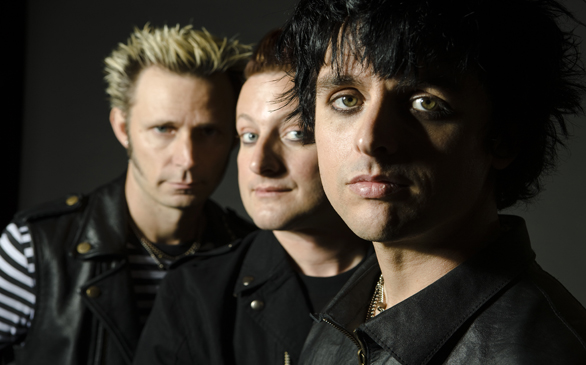 If there was ever a punk band who really milked its identity and music for the sake of profit, it’s Green Day. Hailed by some as a legitimately important staple in the punk rock history book and scoffed at by others as a triad of mere pop-punkers, Green Day seems to incite love and hate on both sides of the music genre spectrum.

Years into their career and still wearing that eyeliner, Green Day isn’t satisfied with a Grammy-award winning album to solidify its status.

But maybe a movie will do.

The trio took their Grammy babe, American Idiot, and used its playful, radio-friendly, punk-infused tunes to create a completely sung, one-act extravaganza of a musical that is still touring. The musical even features appearances from frontman Billie Joe Armstrong himself.

Forcing an authentic punk-rock lover to enter the doors of a musical theater venue? Not so likely.

Using your influence to get pre-teens’ and teens’ parents to buy them tickets to a musical? Quite likely.

Various news sources recently announced that the band enlisted Tom Hanks – yes Tom Hanks, as in Cast Away Tom Hanks, as producer for the screen adaptation of “American Idiot.”

It’s a risky marketing move since that might mean Idiot-overload for some, but more reasonably priced tickets for the same show for those that missed the Broadway rendition.

If Green Day’s album alone was successful, why does the band need to make a musical film to generate more money?

Whether or not you like them, they are standing at a solid spot in the music world as of now. And unfortunately for the true punk fan, their name is more recognizable than anyone from Rancid, the Devotchkas or any new punk bands.

In fact, I doubt any of those bands would find themselves making musicals from their successful albums. Tim Armstrong would hardly look comfortable in a Broadway musical setting.

Green Day has perhaps proved that they are a triad of complete sell-outs, but they’ve also proven that the idea of punk becoming mainstream hasn’t let up yet. Getting Hanks to work with Tim in a Hollywood studio is less likely than getting Billie Joe to do so. Sellouts or commercially savvy rockers, Green Day seems to be dooming the musical work into more wishy-washy genres and the destruction of an image that was going strong decades ago.

Punk rock might be dead to some music fans, but that does not mean it has to be eroded, re-defined and unraveled to death, either. Teaming up with any producer, especially one who has a special place in moviegoers’ hearts and especially families’ hearts, means Green Day is trying to wheedle its way into the mainstream world more and more and break down the barriers that punk rock bands worked so hard to put up. It won’t be long before we see little boys strutting around malls in tight jeans and eyeliner, worshipping a band who is supposedly breaking all the rules but is really doing anything but.

There is nothing wrong with musicians dabbling in different areas of creativity, but keeping up an image is always important. For Green Day, casting themselves into the larger Broadway and film world has set them in a completely different realm not only because it is a different medium, but because their persona completely clashes with that of the normal punk band. It’s hard to believe the guy in the band with an album named Dookie is singing his heart out on a Broadway stage.

Sell-outs or not, the Green Day guys are in for a few years of exploring and altering their identity, years in which they will probably continue to rack up more money, albeit from decidedly different types of stages. But when it comes down to it, this isn’t your rebelling punk band. This is a trio who knows how fit right into the Bieber-age and use the power of its image to the fullest extent.