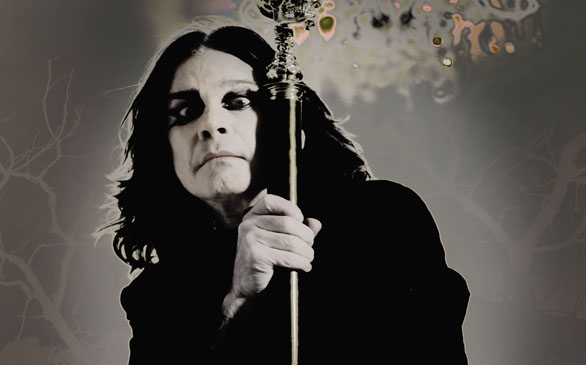 Years ago, when Andy Warhol said that everyone would get his/her 15 minutes of fame, perhaps no one realized the weight of this statement. But in our YouTube, Facebook News Feed, Twitter world, we totally get it.

And so does the music industry. Using the Internet, musicians can manipulate this torrential overflow of speedy information to jumpstart their careers, uploading their GarageBand tracks to their MySpace or Facebook and deeming themselves musicians.

But the most disconcerting – or exciting, depending which way you look at it – part of this current information frenzy is that even musicians who are extremely famous resort to the Internet to get their tracks out there. No longer is there a sense that these celebrities are all that hard to get. You can catch their Tweets and Facebook statuses, which are (supposedly) straight from them. You can comment on their photos. You can tag them in your status or your comments. You can listen to their tracks in their entirety, or parts of it, without even having to visit iTunes. This is the age where artists are getting with the booming trend that is the Internet but losing their authentic status of celebrity in the process.

OFWGKTA, with its prolific free tracks online, admits it even in its name. This is an odd future for the music industry, indeed. Not just because of the onslaught of strange music videos and online tracks (not just from Odd Future), but because of the way that bands are carving their identities in the music world.

Battling to gain fame but still make money, musicians have to figure out how to make themselves celebrities quickly, like through the free resource of the Web while becoming famous and getting rich. And perhaps what will mediate both is bringing back the celebrity status that the Internet age has lost. Yes, a lot of artists would have sold thousands or millions more records a decade ago in a better CD climate, but ultimately the artists are in control of their status today, Internet or not.

Back in December of last year, music-world veteran Ozzy Osbourne told Us Weekly that Lady Gaga was “just too overexposed.”

Bitter words from an artist whose career is waning? Or wise ones from someone who managed to keep enough success and popularity to last him over 40 years?

You know who Osbourne is, so the answer is the latter.

Exercising a bit more discretion, as Osbourne states, might be the key to battling an era that moves on from musician to musician quickly and is absolutely barraged with the many indie acts out there. Today Gaga is still offering you new single after single and two different versions of her new album. Also, HBO aired her Monster Ball Tour at Madison Square Garden last weekend.

The story of the struggling artists wanting to make a name for themselves is always going to be the same story. The same goes for the musician who is caught up in fame and is continually releasing track after track.

But the story we haven’t heard in some time is the musician who hangs low and creates a personality no one can quite crack. What the music industry needs right now is not someone who is so obviously clamoring for stardom, but someone so frustratingly elusive that music fans will be fighting to know all they can – and maybe even actually purchase a track or two.

Of course, any music fan would be turned off by the prospect of having to buy music when illegal and free tracks sound so much better. But bringing back the genuine celebrity status might be one step in alleviating the barrage of information out there and bringing the attention back to the excitement of purchasing a song or buying a concert ticket.

What the music industry needs is to cause fans to feel something they haven’t authentically felt in a long time. That tickling in the stomach, that case of nervous giggles. Call it musical anxiety, call it excited waiting.

This doesn’t mean abandoning the Internet as a tool for stardom completely, it means taking the idea of fame seriously and realizing that being a true musician is different from being a kid with GarageBand, and being a true celebrity means making the audience work to get you.