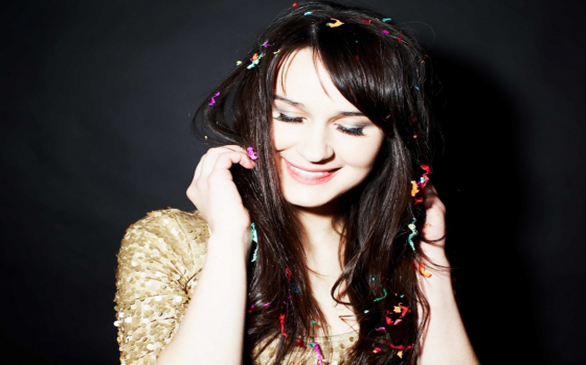 The setting was intimate, with a three-piece band that was perched on a tiny stage. Breanne Düren was situated in front of a keyboard, while the guitarist and drummer played along.

The music was melodic and subtle with undertones of folk. The audience members were swaying their heads to and fro as Düren softly sang her tunes. She is friendly with her audience, as I experienced when she offered me a five during her one of her songs.

Her career began as a backup singer for Owl City; Adam Young is a fellow musician from Minnesota. Düren decided to go independent with her own musi,c and it seems to be working out rather well for her as she knows how to engage the audience. She played about seven songs from her new EP, Sparks, relaying different experiences from her life.

There's definitely a quiet side to her, but there’s a rowdy side as well that people will love to see. She stood up from her keyboard for the last song and told people that she loves to dance thus hinting at a change of pace. This was my favorite part of the show since she had been sitting down in front of the keyboard prior. It reminded me of Lady Gaga’s humble beginnings.