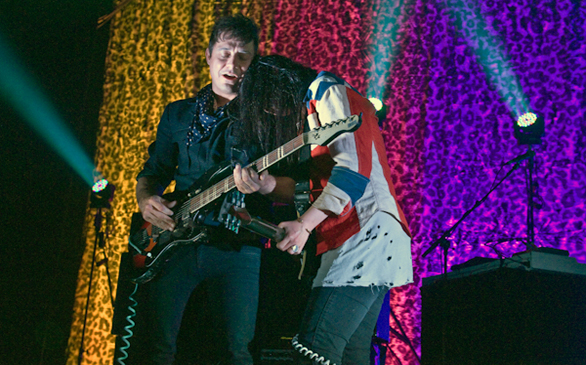 The Kills, made up of duo Alison Mosshart and Jamie Hince, played a sold-out show at the Music Box. Opening up the show for them, Cold Caves perfectly got the crowd geared up for the Kills’ electric entrance. The audience screamed and the building itself took on the rhythm of the songs the second the Kills took to the stage. People were pushing closer to the stage. With such a full house, there were plenty of people happy to overflow onto the roof of the Music Box to listen to the show and watch on the projection on the wall.

The show goes from Mosshart’s energetic running around the stage to moments of the two musicians playing guitar in an almost snuggled stance. The fluctuations from intensity to intimacy moved the show in different directions throughout the night.