Scott Weiland's Memoir: Why It Stands Out 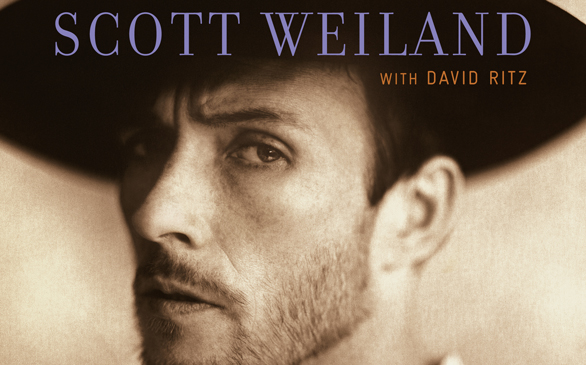 Scott Weiland has been through drug abuse, band problems and failed marriages. For someone hailed as an authentic ’90s rock star, the truth of such negative experiences is obviously not easy to confront. But that doesn’t stop fans from wanting to know anything and everything about the star’s life.

Now, fans get exactly what they’ve been wishing for with the recent release of Not Dead and Not For Sale, Weiland’s frank, confessional memoir. As Weiland has stressed and continues to stress in interviews, he’s much more than a musician, and the life struggles detailed in the book – from rape to divorce – show the complex life experiences of a singer who has carved out a spot in music history.

The real purpose of the memoir might be just to get some much-needed cash, but Weiland’s retreat to Paris and a cabin in Washington State to write the book are some of many indicators of the sincerity of this memoir. What’s more moving about the memoir is the fact that Weiland admits he has still not overcome many of the negative experiences detailed in the book. Though recently reunited with the other members of Stone Temple Pilots, the reunion was fragmented, the musical parts of the new album were sent to Weiland already recorded so he could add lyrics and maybe tweak a few melodies.

The memoir pries open a past that Weiland is still grappling with, exposing weaknesses that he has yet to overcome. To this day, he admits to needing a friend nearby to keep him sober.

This is what separates his memoir from most of the other musicians’ memoirs that have been published. You don’t get a rose-tinged past from a writer 40-plus years in the future, and you also don’t get a therapeutic work from a newly healed writer. What you get are the workings of Weiland’s brains as they were in the past and continue to be. This isn’t a therapeutic session for someone dealing with past monsters, it’s a look at the things that have made Weiland who is. It’s a painful look at some of the issues that continue to plague him.

Most importantly, the memoir proves, with its jagged edges, a testament to the fact that the people we idolize and follow are much more than their celebrity status. Gaining international fame doesn’t equal winning the battles with the things that have turned your life topsy-turvy. And sometimes the drug-ready world of fame, especially in the gitzy world of rock ’n’ roll as some music fans see it leads to more destruction than thrill. Weiland’s not afraid to tell you that.

Looking just beyond the profit part of the book, Weiland is honestly opening himself up to us so that we can see his glaring imperfections and the events that have shaped who he is, even if they make us uncomfortable. Even an excerpt about one of the most horrific events in his life, being raped when he was 12 years old, is bare-boned and simple. There is no stab at overt emotionality, no Oprah-esque welling of tears as he sits and tells us the story at a torturously slow pace. The facts are detailed simply, which makes the story even more harrowing.

The writing from this one excerpt seems less than fantastic, though. Perhaps Not Dead and Not for Sale won’t be a literary classic as some memoirs are, but this makes it even more legitimate. The words will speak to give only what needs to be given, not a recreation that could be packaged neatly into a TLC hour-long special.

When it comes down to it, that’s what Weiland is best at. His life experiences are fascinating to some, repulsive to others, but the singer is not afraid to share them as they are, sans shame and sans drama. This won’t be a book about the pride of overcoming obstacles, it’ll be a book about tracing where life hit hardest and where life stands now. The memoir is already receiving mixed reviews, but its honesty and the timeliness of the events detailed will put it in a unique position alongside the other rock memoirs on the shelf.

Weiland put it best when he spoke to USA Today: “I hope [this book] is something that people find interesting. If they find some things confusing, well, that’s just because there are still many parts of my life that remain confusing to me.”

You can’t ask for more sincerity.