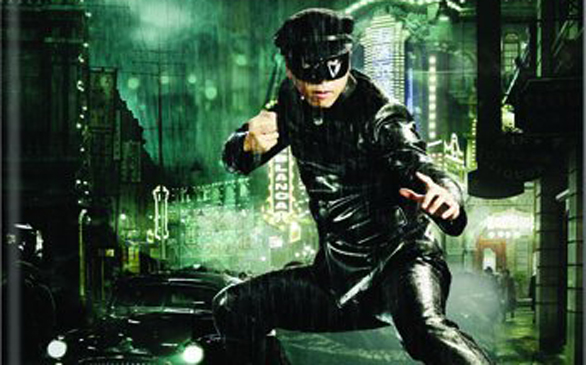 The Majors: Owen Wilson and “SNL”’s Jason Sudeikis are granted a week off from their marriages in the Farrelly brothers comedy Hall Pass. The best friends live it up but don’t realize that their wives (Jenna Fischer and Christina Applegate) are doing the same.

Val Kilmer, Christopher Walken and Vincent D’Onofrio star in Kill the Irishman, the true story of Irish-American mobster Danny Greene, who went to war with the Cleveland mob, surviving countless attempts on his life.

When Los Angeles comes under attack from alien invaders, it’s up to Marine Staff Sergeant Aaron Eckhart to take back the city in the sci-fi action flick Battle: Los Angeles.

Red Riding Hood stars Amanda Seyfried as a medieval girl betrothed to a wealthy aristocrat but in love with a poor woodcutter. Meanwhile, a werewolf has killed her sister and could be any one of her fellow villagers. Billy Burke and Gary Oldman co-star.

Stranger Than Fiction: The China Question examines the far-reaching implications of China’s rise to a global superpower and what it means for America.

Michael Tucker and Petra Epperlein (Gunner Palace) direct How to Fold A Flag, an affecting look at several Iraq War veterans as they return home and try to start their lives again.

From the Vault: A new batch of MGM classics is available on demand from online retailers. Maverick auteur Sam Fuller brought his tabloid journalism background to bear in Park Row (1952) about a man who goes to war with his old employer by starting an opposition newspaper. A college psych professor sets out to disprove the occult but is in for a rude awakening in Burn, Witch, Burn! (1962). Harry in Your Pocket (1972) stars James Coburn as the leader of a crack team of pickpockets. Report to the Commissioner is a gritty New York cop drama about a naive rookie who finds himself in the middle of interdepartmental political maneuvering.

Under the Radar: Bradley Cooper stars as one of two very different men vying for the affections of the same woman in the romantic comedy Bending All the Rules.

A witness to a serial killer’s murder is trapped in an office building during a blackout with a bunch of strangers as the psycho picks them off one by one in Fall Down Dead.

Donnie Yen (Ip Man) stars as legendary martial arts master Chen Zhen in Legend of the Fist: The Return of Chen Zhen. Zhen is reinvented as a crime-fighting superspy who takes to the streets at night to dispense justice during the Japanese occupation of 1920s China.

The Idiotbox: Based on Stephen King’s The Colorado Kid, Haven: The Complete First Season takes place in a small town where all the residents have supernatural abilities. Emily Rose and Eric Balfour star in this Syfy series.

SGU: The Complete Final Season follows the final voyage of the spaceship Destiny. Trapped aboard a ship programmed to explore the farthest reaches of the universe, with dwindling supplies and no knowledge of their ultimate destination, the crew of the Destiny has to contend with unknown enemies and each other. Robert Carlyle (Trainspotting) stars.

Blu Notes: Keanu Reeves stars as a futuristic courier who has to deliver the data installed in his brain in the cyber thriller Johnny Mnemonic. Dolph Lundgren and Ice-T co-star.

Two brothers crisscross the country hunting otherworldly evils in Supernatural: The Complete Second Season. This surprisingly deft and intense series features some of the best horror writing around.