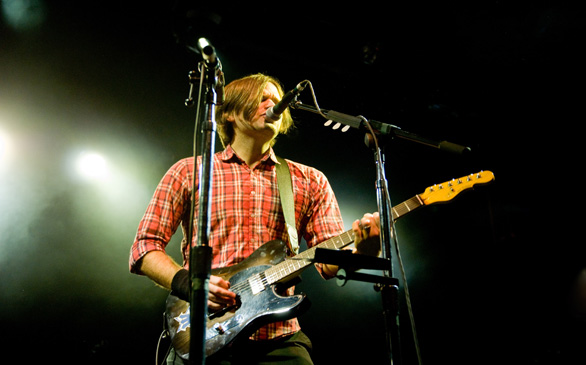 The line at the El Rey was around the block, and the theater was packed for the sold-out Death Cab for Cutie show. First act, the Lonely Forests opened the night for the already very excited audience. Death Cab came out to play some of their newer music from the recently released Codes and Keys. While the new music was well received by the fans in the audience, the band got a response of ear-piercing screams when they started 2006’s “Crooked Teeth.”

The band – made up of Ben Gibbard on lead vocals, Chris Walla on guitar, Nick Harmer on bass and drummer Jason McGerr – formed in 1997 and has since been releasing popular alternative and indie records making a name for themselves worldwide.