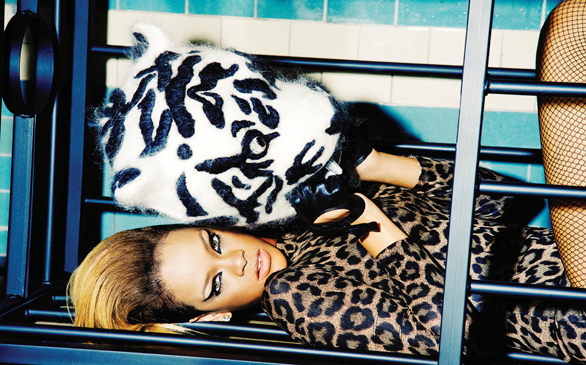 These are not exactly the words you want to hear from your daughter. But they aren’t necessarily new words in the music world. The deep, smooth voice of Rihanna confessing a murder can call up any other song, by artists from Maroon 5 to Queen, dealing with murder.

So what’s so bad about this particular song? The lyrics might not be enough cause for sensation, but the accompanying music video apparently is. Here, a woman in the shadows, played by Rihanna, pulls out a gun and shoots a man in a street full of passersby. The video jumps back to the day before where a carefree Rihanna stops to hug little kids and kiss an older woman before heading to the club on a night where she ends up being sexually assaulted in nearby alley.

What has riled up the Parents Television Council and others is the starkness of the murder scene that shows the man lying dead on the ground surrounded in his own blood. In what is quite a violent scene, Rihanna takes revenge on a fictional character but, as many watchers feel, comments on a wider issue. As the victim of physical abuse stemming from her relationship with Chris Brown, she has suddenly found herself with the responsibility of using her fame to spread out messages of hope for other women who have been victimized. Much to the dismay the council and critics, murder seems to be advocated in the video.

But in a string of statements online, Rihanna has backed up her violent music video, stating that she is no one’s parent and that parents have the responsibility of making sure their kids don’t end up like her and other famous music figures. With that statement, it’s obvious that Rihanna sees herself in a completely different position than the one she’s been put in.

Bursting onto the scene with enough sex appeal to conquer countless hearts, Rihanna has only continued to garner success, even with the incident between her and Brown. What kept her going is the utter power to control her image and whom she wants to be. Rarely has a pop star taken the reins so strongly as she has since recovering from her injuries. She’s licking her wounds through the caliber of aggressiveness and bluntness in her tracks. From “S & M” to “Man Down,” it’s obvious Rihanna is trying to carve out a new, less innocent identity.

The music video is only a step in that direction. It’s the fantasy of a woman who has obviously been hurt. Even in the music video, it seems as if the viewer is getting glimmers into the fragmented state of Rihanna. She might seem to glorify violence because of the brash and blunt way in which she shows it, along with her ever-sexy presence, but even in the video she shows a girl who went from happy and carefree to a woman staring back at us in pain, pondering how long her sentence in jail might be.

For some, music is the ability to relate to someone else and burst out feelings you normally wouldn’t utter in front of others. Rihanna’s “Man Down,” therefore, shouldn’t be taken as anything more. This is Rihanna’s desire to let out the things that are torturing her and find a new self through her songs, and that is any artist’s privilege. With Rihanna, it seems that the growing controversy of her music videos is only her attempt to create herself as a completely free woman, free from any concern with what others might think, which to some can be a good or bad thing.

As for the video, any R-rated material will of course be cried out against, and murder is the last thing any assault victim should resort to. But it truly is the parents’ responsibilities to keep their kids from watching what they deem inappropriate. From her statement, it seems highly unlikely that Rihanna is actually advocating murder in cold blood.

Until the next controversial video comes around, Rihanna has got some fighting to do in terms of how she creates her videos and transforms her identity from a well-known pop princess to a controversy-causing, risk-taking artist in her own right. But she seems more than willing to fight the battle.