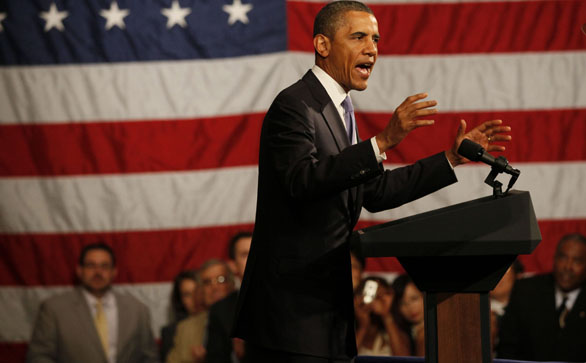 President Barack Obama is alive and well, despite Tweets to the contrary.
(Credit: MICHAEL S. WIRTZ/PHILADELPHIA ENQUIRER/MCT)
In the wee hours of Fourth of July, the Fox News' Twitter account was hacked and Tweets were posted claiming that President Barack Obama had been shot. Six tweets described the supposed incident, but all of them were later found to be completely false. Fox News eventually regained access to the Twitter account and issued a statement after deleting the false Tweets. The Secret Service has stated that it will investigate the matter.

For more information, Click Here.
Article posted on 7/4/2011
This article has been viewed 1433 times.

Blog
What are shade balls and do how they help save Los Angeles' water?
1,878 views