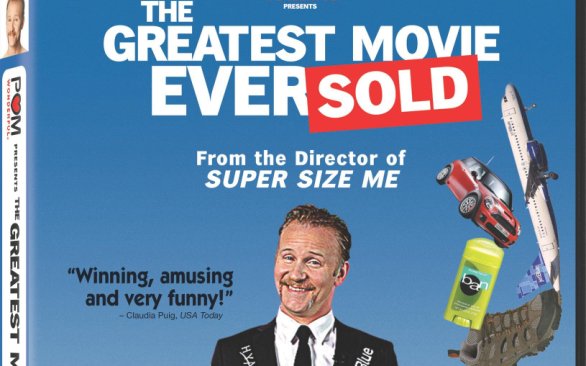 Stranger Than Fiction: Morgan Spurlock (Super Size Me) continues his personal-stunt-as-muckraking style of documentary filmmaking with The Greatest Movie Ever Sold, a tongue-in-cheek look at the ubiquity of product placement in movies.

Martin Scorsese is among the luminaries who appear in Cameraman: The Life & Work of Jack Cardiff, a tribute to the legendary cinematographer behind such films as Black Narcissus and The African Queen.

Life After Django Reinhardt is a French documentary highlighting the annual festival honoring the pioneering gypsy jazz guitarist, with performances by, among others, Django’s grandson.

Go inside the burgeoning movement to decriminalize marijuana with A NORML Life.

The Majors: In a role which seems a bit too close to reality, Mel Gibson plays an executive and father on the brink of a breakdown who starts using a prescription puppet to communicate in The Beaver. Jodie Foster directs and co-stars in this original and quirky drama.

The latest from multitalented writer/director Thomas McCarthy (The Visitor), Win Win stars Paul Giamatti as a desperate lawyer/high school wrestling coach who forms a bond with the troubled teenage grandson of a client. The fantastic Amy Ryan co-stars.

“24” meets “Lost” in the entertaining but short-lived The Event: The Complete Series. A man (Jason Ritter) searches for his missing girlfriend only to stumble onto a massive government conspiracy. There’s plenty of intrigue and special effects-infused action.

Foreign Fare: Trollhunter is an original horror-comedy about a group of students who team with a troll hunter to track down the monster that has been wreaking havoc in the Norwegian countryside.

Jackie Chan returns to what he does best, martial arts comedy, with the Chinese period film Little Big Soldier. Chan wrote the script about a pair of mismatched soldiers who have to join forces to survive.

Under the Radar: Cult director Monte Hellman (Two-Lane Blacktop) returns to filmmaking after 20 years with Road to Nowhere, a hypnotic, beautifully shot neo-noir.

Mark Ruffalo makes his directorial debut with the original dramedy Sympathy for Delicious. Screenwriter Christopher Thornton stars as an up-and-coming DJ who is left paralyzed by a motorcycle accident and starts down a strange path of faith healing and rock ’n’ roll stardom. Orlando Bloom and Juliette Lewis co-star.

A cold-blooded killer arrives at a country house to visit divine retribution on a family with a dark secret in The Bleeding House.

Blu Notes: Sergio Leone and Clint Eastwood created a new kind of western with their first two films together, remakes of Akira Kurosawa’s Yojimbo and Sanjuro. A Fistful of Dollars and the sequel For a Few Dollars More are now available on Blu-ray.