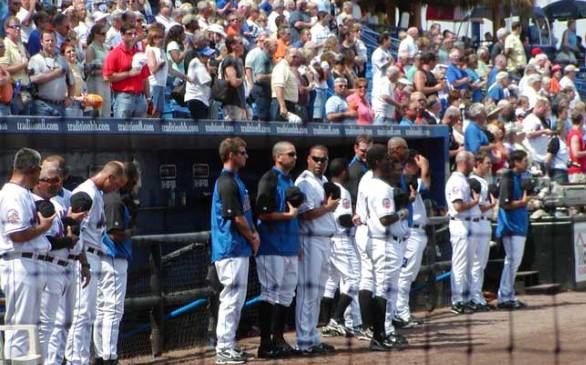 Mennonite institution Goshen College proves just how committed they are to nonviolence that aside from having a leaf as a mascot, they are banning the National Anthem at all of their sporting events. It all started in March 2010, when Goshen played an instrumental-only version of "The Star Spangled Banner" because of the anthem's violent lyrics glorifying the bombardment of a fort in the War of 1812. The Mennonites then simply fled and gave back the nation back to the British. This month, the college goes further by banning the National Anthem altogether and choosing a new song: "America the Beautiful," which will be played preceding every sporting event from now on.
Article posted on 8/26/2011
This article has been viewed 1308 times.