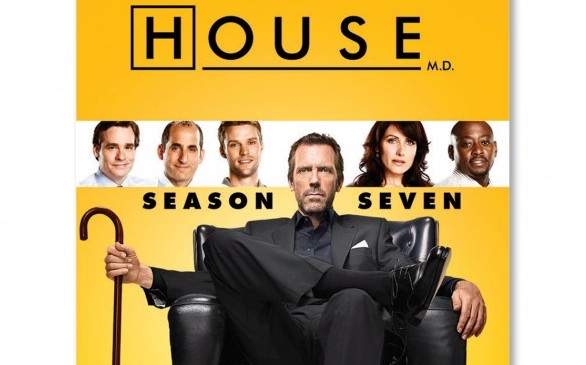 Hugh Laurie continues to be eminently watchable as everyone’s favorite medical sleuth in House, M.D.: Season Seven. This season finds the gruff genius complicating his life when he finally gets together with Dr. Cuddy (Lisa Edelstein). Guest stars include Candice Bergen and Jennifer Grey.

James Nesbitt (“Jekyll”) is electric as a haunted Irish cop who goes deep undercover in London’s crime world in Murphy’s Law: Series 4 & 5. The final two seasons have Murphy close to the breaking point as he takes down a drug kingpin and uncovers a human trafficking operation.

The final season of one of TV’s most influential shows ever, The Twilight Zone: Season 5 comes to Blu-ray. Classic episodes like “Nightmare at 20,000 Feet” and “Living Doll” accompany a bevy of bonus material, including commentary by director Richard Donner and writer Neil Gaiman.

Storage Wars: Season 1 is a fascinating reality show akin to a modern day treasure hunt as professional buyers gamble blindly on the contents of repossessed storage units. Ten dollars could land the world’s most valuable comic collection, a bunch of junk or a dead body.

Also available: Only in America with Larry the Cable Guy Volume 1

Some great under-seen classics are available online through the Warner Archives. George Cukor’s Victorian thriller Gaslight stars Joseph Cotten as a devious husband trying to convince his wife (Ingrid Bergman) that she is insane. It’s so good, the title entered the lexicon.

Catch a young Lucille Ball as a rising star of “B” comedies with The Lucille Ball RKO Comedy Collection, Vol. 1, including Go Chase Yourself, Next Time I Marry and Look Who’s Laughing.

A dread-filled creepfest, Yellowbrickroad is about a small New England town where 70 years ago the residents all disappeared. Now a group of researchers have found the mountain trail the villagers vanished on.

A serial killer kidnaps a 6-year-old boy only to take him on as an apprentice in Bereavement, the prequel to the cult hit Malevolence. Michael Biehn and John Savage star.

Adrien Brody is a man who awakens to find himself trapped at the bottom of a cliff after a car crash with no memory of who he is in Wrecked. Even more mysterious are the two dead passengers, the gun and the pile of money with him.

True Adolescents stars “mumblecore” auteur Mark Duplass (“The League”) as a down-on-his-luck aging rock musician who gets roped into a hiking trip with his nephew. Melissa Leo co-stars in this funny and original coming-of-age story.

If A Tree Falls: A Story of the Earth Liberation Front is a riveting and galvanizing documentary about radical environmental activists. Labeled a domestic terrorist group, the ELF sabotaged and set fire to logging operations in the Pacific Northwest. Told like a thriller with intimate access to one of the group’s leaders, it’s a fascinating and timely film from the director of Street Fight.