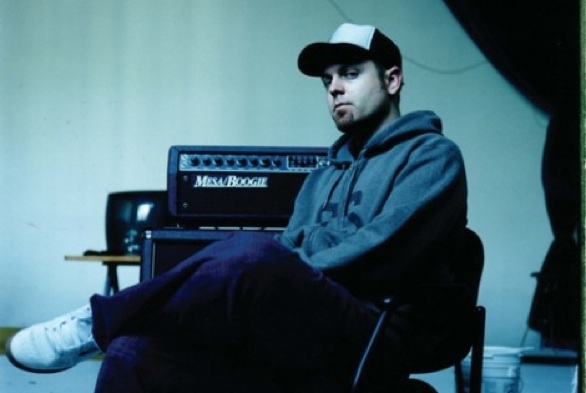 As electronic music takes on new shapes and forms year after year, it’s hard to believe it’s been more than two decades since DJ Shadow first started constructing beats on a four-track recorder while in high school. Shadow, more formally known as Joshua Paul Davis, has come a long way since then, though. He’s produced five studio albums – not one more well-known than his 1996 debut, Endtroducing…, a musical masterpiece that introduced elements of instrumental hip hop to listeners worldwide and broke ground as the first LP to use strictly samples on every track.

But Shadow’s affinity for incorporating a multitude of genres in his work much like he demonstrated throughout Endtroducing… follows suit on his latest release, The Less You Know, The Better. And those who were able to make it to the Music Box in late October to see Davis close his Shadowsphere U.S. tour were certainly not disappointed by what they witnessed. Fans of the Northern California product, after all, were treated to not only one of the most unique stage setups I’ve ever seen, but also some of the world’s best turntablism.

When you see Shadow perform in a live setting, it doesn’t take long to realize that he’s truly a master of his craft. In a time when electronic music continues to grow at a furious rate, there’s few who have mastered the art of DJing better than Davis. Even on a Sunday night, Shadow showed he still has the chops to enliven a Hollywood crowd, wowing it with exotic visual presentations and seamless sonic transitions that moved from alternative hip hop to drum 'n' bass to moments of trip hop and dubstep.

What manifested, in fact, was more of a 90-minute clinic in DJing than anything else. Whether Davis was spinning his turntables or playing digital drums, keyboards and Akai MPC 3000s, his versatility and creativity remains unparalleled to none.

Shadow may never make an album quite as noteworthy as Endtroducing…, but he’s still proving to be one of the most talented producers in the game today.