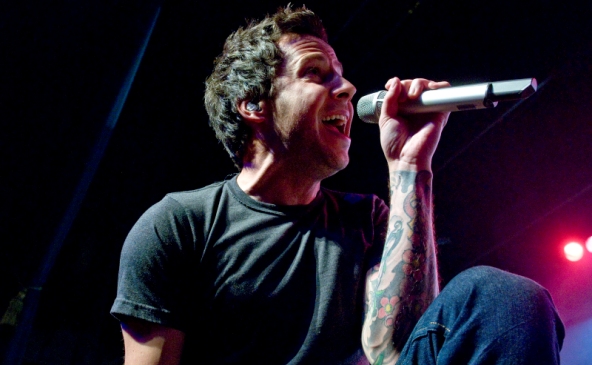 Opening bands, Forever the Sickest Kids, the Cab and Marianas Trench, brought the Music Box to life with banter among band mates and audience interaction including an invitation to an after-show slumber party – though slumber party locations were yet to be determined. When Simple Plan came onto the stage, aside from a momentary and somewhat ear-piercing audio glitch, they took control as true performers.

When the band – consisting of Pierre Bouvier, Chuck Comeau, David Desrosiers, Sébastien Lefebvre and Jeff Stinco – began fan favorite “Jump,” the entire building felt like an earthquake had hit it. Every fan was jumping in time with their frontman.

The band, currently on tour in support of their recently released album, Get your Heart On!, is continuing the tour into early next year and will be jumping from continent to continent in the coming months. If you were not able to make it to the band's show in Los Angeles be sure to at least to check out the new album.

With a very young and very energetic audience, the screams filled the venue for the entirety of the set, and Simple Plan kept the energy high. The girls in the audience each seemed to have their favorite band member and made their opinions known.