Evil Dead 2, West Side Story, Griff the Invisible and more. 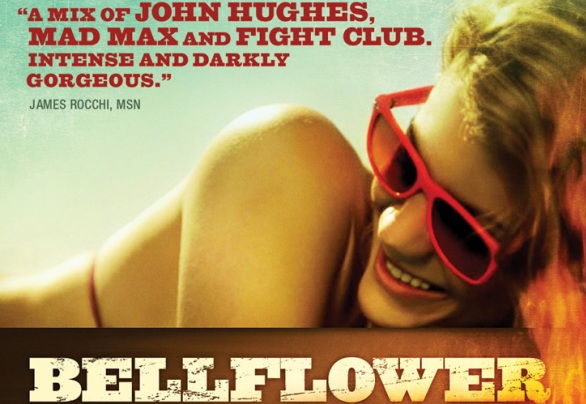 Based on director Mike Mills’ (Thumbsucker) own experience, Beginners is a wonderful dramedy about an approaching-40 graphic designer (Ewan McGregor) who realizes he could learn a lot about love from his terminally ill father (Christopher Plummer), who, at 78, came out of the closet to live up his remaining years. Plummer gives an Oscar-worthy performance.

Tom Hanks directed and co-wrote (with Nia Vardalos) the recession-themed romantic comedy Larry Crowne. Hanks stars as a recently downsized man who goes back to community college to start his life over. There he finds a new group of marginalized friends and falls for his teacher (Julia Roberts).

Nicolas Cage and Nicole Kidman star as a married couple who are held for ransom in their home in Joel Schumacher’s Trespass.

Created by Michael Mann, “Crime Story” stars real life cop Dennis Farina as the head of a Chicago PD unit investigating a rising mobster in 1960s Chicago. The Complete Series features a who’s who of future stars in guest roles, including Julia Roberts and Kevin Spacey.

Life in a Day began on YouTube as tens of thousands of individuals from around the world submitted footage documenting one single day of their lives. The result, shaped by director Kevin Macdonald (The Last King of Scotland) and producer Ridley Scott, is an original and timely film.

A cult classic from maverick auteur Cornel Wilde, No Blade of Grass is an ahead-of-its-time, post-apocalyptic drama about a family of survivors on a journey through a violent wasteland trying to reach Scotland. It’s now available through the Warner Archives.

Few films receive as much buzz as this year’s dark horse hit Bellflower, a wholly original experiment that is equal parts romance and flamethrowers. Two friends spend their time preparing for a Mad Max existence, but a magnetic woman steals one of them away and starts them down a tragic road.

Ryan Kwanten (“True Blood”) stars as a shy, white-collar guy who takes to the streets at night to fight crime as a superhero in Griff the Invisible. Things get complicated when he falls for an equally quirky scientist.

Sam Raimi’s cult classic Evil Dead 2 is one of the most original, purely energetic films ever made, a slapstick gore comedy that displays a joy rarely seen in movies. Did I mention it’s gory as hell? This 25th Anniversary Edition is bursting with extras, including a new 90-minute documentary.

West Side Story, a ’50s street gang retelling of “Romeo & Juliet,” is one of the greatest musicals ever made, chock-full of unforgettable song and dance numbers. The 50th Anniversary Edition is loaded with retrospective features, including song-specific commentary by Stephen Sondheim.

Among the handful of perfect films ever made, Jean Renoir’s satire of WWII-era bourgeois society The Rules of the Game comes to Blu-ray from The Criterion Collection. The film takes place in a country estate as guests descend for a hunting party, each with their own secrets and romantic entanglements. Included is an introduction by Renoir and 2005 documentary comparing the film to the original script.

Looney Tunes: Platinum Collection, Vol. 1 culls 50 of the greatest shorts from Bugs and the gang, restored and remastered. Also included are five hours of extras with tributes to animation giant Chuck Jones.

Sea Rex 3D: Journey to a Prehistoric World is a computer animated look at dinosaur life we don’t typically see, under the water and in 3D!