Drop in the Bucket Benefit: Nov. 30 @ The Avalon 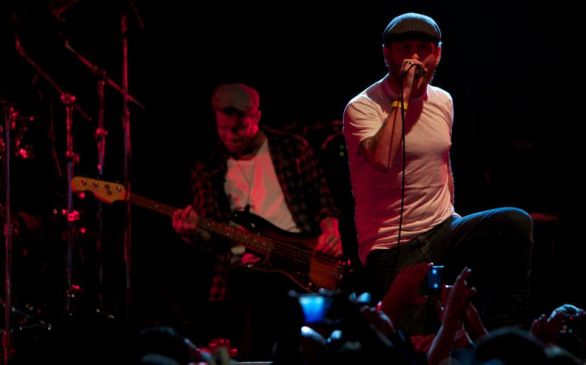 Every year, there are several concerts to help support good causes, but rarely do you get this caliber of musician to come together to support a cause. Hosted by legendary frontman, Henry Rollins, this event had credibility right off the bat. Rollins doesn’t get involved with just any cause. And when he asks for favors on top of that, you know it’s important. Rollins reached out to one musician above all to help headline the show, and he flew out on his own dime at a moment’s notice.

Corey Taylor of Slipknot and Stone Sour helmed an all-star lineup that belted out cover songs and entertained all of the donors who helped support the cause, Drop in the Bucket, which raises money to construct wells in Africa. The giddy Taylor took the stage and could barely contain his excitement to be on stage playing cover songs with some of the hardest rocking musicians in the biz. His vocals filled the Avalon with positivity instead of angst and social frustration. This was a night that seemed to let him just have fun with a few friends for a good cause.

On guitar, he had Scott Ian of Anthrax and Dave Navarro of Jane’s Addiction, as well as Rob Zombie’s John5. Drums were beat to a pulp by Dave Lombardo from Slayer, Roy Mayorga from Stone Sour and Ginger Fish – along with local legend on bass and vocals, Jason Christopher.

This event showed that metal isn’t just an outlet for anger and frustration, but that rock ’n’ roll can care and support one of the most worthy of causes to be taken up by the music community.