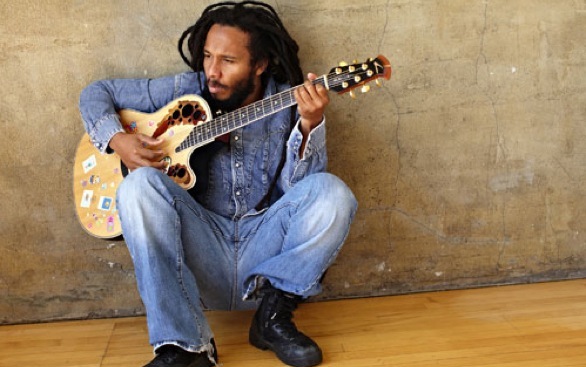 Ziggy Marley gave Los Angeles his own personal revolution during his show at Club Nokia over the weekend. Marley, the son of the legendary Jamaican-reggae singer Bob Marley, just finished his Wild and Free tour in support of his latest album titled Wild and Free.

Right from the start, this humble individual needed no introduction once hitting the stage. “Personal Revolution” was the opening track he performed to the packed L.A. Live venue. The crowd enjoyed the mellow, yet rather soothing and upbeat scene. Marley, who currently carries the No. 1 reggae album across the world, continued to perform hits from his repertoire, including songs from his most recent releases.

Some of the most energetic moments of the night came when he sang “Stir It Up” and “I Shot The Sherriff” alongside SoCal native Ben Harper. Other prominent tracks delivered were “Reggae In My Head,” “Wild and Free” and “Changes.”

Before the concert, Marley joined the L.A. Kings Holiday Ice event in collaboration with AEG’s Season of Giving charitable campaign. This enabled a celebration for U.R.G.E. Awareness Night. A non-profit organization, U.R.G.E. (Unlimited Resources Giving Enlightenment) has been committed to making enduring contributions to the lives of children in Jamaican, Africa and throughout the world.