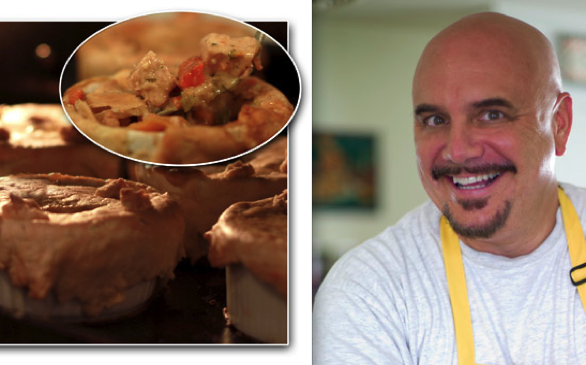 Sean Michael Beyer is headed to the Big Apple for a Pot Pie Cook-Off on national television.

An avid viewer of Today, Beyer saw an announcement for an upcoming Pot Pie Cook-Off and decided to give it a go, but with his own tasty spin on tradition – a Hickory-Smoked Country Chicken Pot Pie. He and three other viewers will be competing, with Iron Chef Bobby Flay deciding whose cuisine rings supreme.

The Today Show segment is scheduled to air Friday, January 27th at 8:30am Pacific / Eastern on NBC. Check your local listings.

For more information about the Today Show, click here.