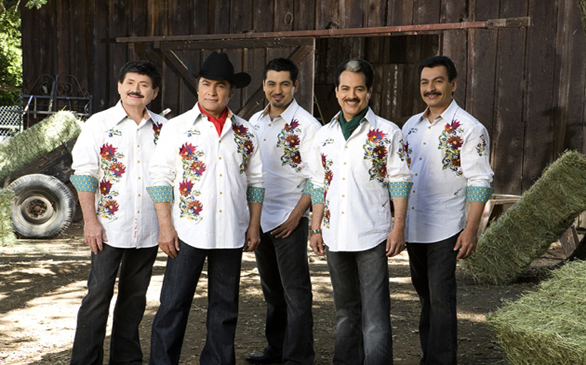 Los Tigres del Norte are a prominent and impeccable part of today's music scene. They are original, influential, and the "boss of bosses" in the genre of Regional Mexican.

The group portrayed their masterful ways when they delivered an unforgettable show at CSUN's Valley Performing Arts Center. The venue was filled to capacity, and welcomed a diverse group of people that included Mexicans, Americans, Guatemalans, Salvadorians and South Americans from a variety of nations, among others.

They performed crowd favorites such as "Jefe de Jefes," "La Jaula de Oro," "Golpes en el Corazón," "Tres Veces Mojado" and "La Manzanita." They also sang classic songs in the likes of "La Puerta Negra," "La Camioneta Gris" and "Contrabando y Traición," which were sung proudly. Their performance of "Quiero Volar Contigo" left the crowd speechless due to its romantic tone, and the group closed out the night with "America," sparking an endless celebration.

One of the brilliant moments of the show arrived as the five-time Latin Grammy winners performed "La Reina del Sur," a track evidently describing the most popular and powerful female drug queen of all-time, Teresa Mendoza of Sinaloa, Mexico. Los Tigres del Norte are known to release hits touching on relevant social issues such as immigration, politics, love, betrayal, living in a borderline state, and narcotics. They do so in a humble fashion, and are very good at it.

Throughout the night, the fans remained connected to Los Tigres del Norte, whose career spans 40 years and have sold more than 37 million albums worldwide through admirable hard work. In fact, the audience continued to profoundly engage with the artists as each melody came and went. People danced, cheered and clapped as they witnessed a remarkable two-hour show of pure organic norteñas.

Los Tigres del Norte have recorded more than 500 songs, 50 of which became No. 1 singles, and contributed 22 No. 1 albums. MTV Unplugged: Los Tigres del Norte and Friends, their most recent production (2011), is currently available. In it, they have collaborations with Colombian singer Juanes, Argentine Diego Torres, Mexican princess Paulina Rubio and Zack de la Rocha, among others.