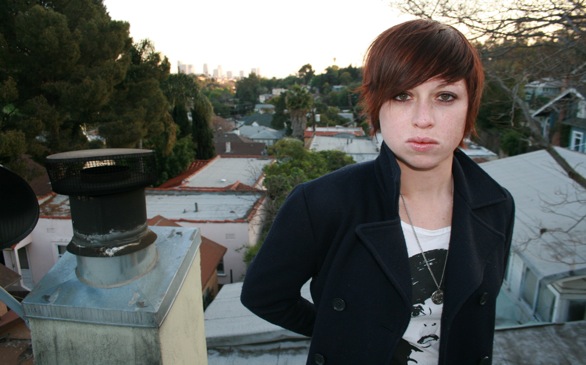 A crowd of mostly women flocked to the Bootleg Theater on March 7 to see indie folk singer, Rachel Cantu.

The show opened with Sveta Bout and Allison Weiss, whose strong with female lead vocals tapped into the hearts of the audience. Then Cantu took the stage in her light blue plaid shirt and blue Vans, and began delicately strumming the strings on her black guitar.

Cantu's set began with  "Little Ocean Town," and the audience was brought in deeper as her soft whistle and gentle voice entrapped us all. The mellowness of the show had the audience tangled and lost in lyrics of love, loss and life.

She introduced the song “Blood Laughs” by saying, “This song is about the good old days, when you could shoot your neighbor if you wanted to," and with a spiteful smile, she claimed that her mother questioned it. With an acoustic and mellow feel, similar to that of Holly Miranda, her lingering voice escaped into our ears. Cantu closed the show with "Saturday," and the crowd clapped and sang along, trying to match the sensual tune of the heartthrob.