Immortals, My Week with Marilyn, the American Pie Triology and more 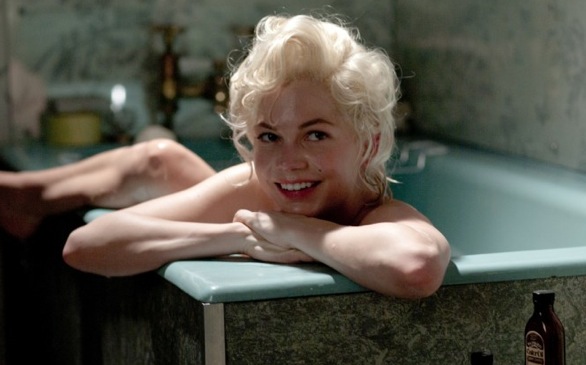 Catch Michelle Williams in My Week with Marilyn on DVD.
(Credit: The Weinstein Co.)

The Majors: Visionary director Tarsem Singh blends Greek mythology with epic action in Immortals. On a mission from Zeus, a mortal man, Theseus (Henry Cavill), must stop a power-mad king (Mickey Rourke) from unleashing the Titans and destroying humanity.

Michelle Williams embodies the many sides of a Hollywood icon in My Week With Marilyn. Based on a true story, the Oscar-nominated film follows a young assistant director as he befriends the tragic starlet over a week in London. Kenneth Branagh is Laurence Olivier.

Iconoclastic auteur Lars von Trier crafts his most visually imaginative film to date with the sci-fi drama Melancholia. On the night of her wedding, Justine (Kirsten Dunst) has to come to terms with her abrasive sister while a new planet descends on a collision course toward Earth. Charlotte Gainsbourg and Kiefer Sutherland co-star.

The Idiotbox: Sean Bean stars as an honorable lord in a kingdom full of treacherous factions vying for the crown in the top-notch fantasy drama “Game of Thrones:” Season 1. David Benioff (25th Hour) brings all the tension and epic scope of George Martin’s novels to the screen.

Rhys Ifans (“Anonymous”) leads a terrific cast in the Peter Pan prequel “Neverland,” which tells the story of how a gang of young pickpockets and their unscrupulous ringleader, Jimmy Hook, were transported to the magic land.

“The Killing:” Season 1 delves into the year-long investigation of a high school girl’s murder and the various characters whose lives are turned upside down in the aftermath.

“Adventure Time: It Came From the Nightosphere” follows the epic fantasy quests of a boy and his magical dog.

Lord of the Flies with a sci-fi twist, New Zealand’s “The Tribe:” Season 1, Part 1 takes place after a mysterious virus has wiped out the adult population. Now a group of mall rats are left to rebuild society while dealing with teen angst and cutthroat rivals.

Funny Business: Adam Sandler pulls double duty as a successful advertising exec and his overbearing twin sister whose yearly visit turns his life into a nightmare in Jack and Jill.

Foreign Fare: Polish director Jan Komasa blends computer animation with live action to explore contemporary teenage life in Suicide Room. After being humiliated, a teen seeks solitude in a virtual reality world that soon begins to take over his life.

From the Vault: “You dirty rat!” Two James Cagney classics, Frisco Kid and Taxi, are now available through the Warner Archives. Then check out Humphrey Bogart plan the perfect murder in the under seen gem Conflict.

Several Universal classics come newly reissued in honor of the studio’s 100th anniversary, including Sullivan’s Travels, My Man Godfrey, Charade, Out of Africa and The Deer Hunter.

Under the Radar: An agoraphobic heiress’s safe world crumbles after her neighbor is murdered and a sinister new couple arrives in the psychological thriller Columbus Circle. Selma Blair heads a fantastic cast including Giovanni Ribisi.

Blu Notes: It’s a rare film that has as many classic moments as Monty Python and the Holy Grail. The absurd Arthurian spoof is loaded with new special features, including lost animations from Terry Gilliam.

Ben Affleck proved he’s the real deal as a director with his Boston heist drama The Town. This new Ultimate Collector’s Edition contains several cuts of the film, including an alternate ending, a new documentary and more.

The original voice cast returns for king Simba’s continuing adventures with Timon, Pumbaa and friends in The Lion King 1 ½ and The Lion King 2.

In anticipation of the fourth entry in the series, the American Pie trilogy makes its hi-def debut.