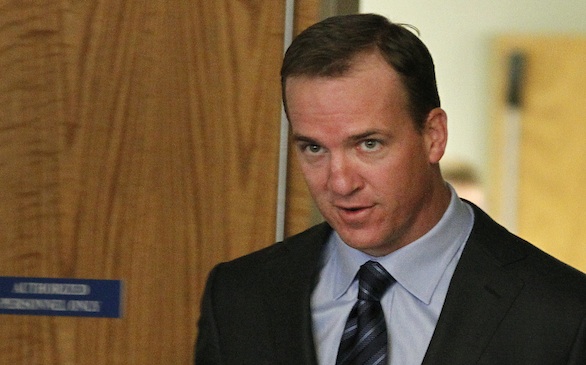 Peyton Manning will suit up as a Bronco in the AFC.
(Credit: Sam Riche/MCT)

Free agent Peyton Manning has chosen the Denver Broncos as his next team. As first reported early Monday morning, the future Hall of Fame quarterback is now in the works of negotiating a five-year contract that could be worth up to $95 million. Manning, who was also coveted by the Titans, Cardinals, Dolphins, Seahawks, and 49ers, is returning from a few neck surgeries that trigerred the Colts to cut him earlier this month.