The Girl with the Dragon Tattoo, The Sitter, Casablanca and More 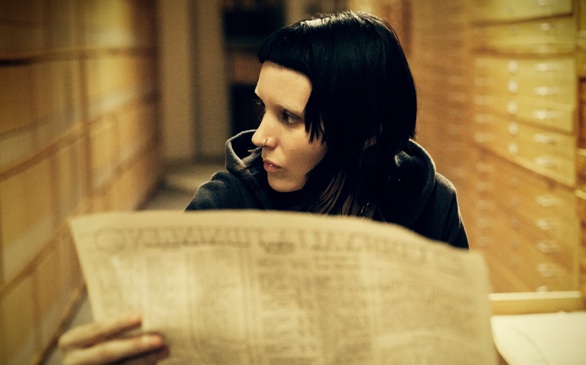 The Majors: John Le Carré’s Tinker Tailor Soldier Spy is one of the best spy movies in many years. Gary Oldman convincingly takes on the role of George Smiley, a lifelong agent who comes out of retirement to ferret out a Soviet mole within the highest echelons of the service. Colin Firth leads a terrific supporting cast.

David Cronenberg continues in the dramatic vein with A Dangerous Method, the story of the beautiful and disturbed patient (Keira Knightley) who came between Sigmund Freud (Viggo Mortensen) and Carl Jung (Michael Fassbender).

David Fincher helmed the American adaptation of Stieg Larsson’s international best-seller The Girl with the Dragon Tattoo. The dark mystery follows a disgraced journalist (Daniel Craig) who teams with an unbalanced hacker (Rooney Mara) to investigate a decades-old murder within a wealthy family. Christopher Plummer co-stars.

Roman Polanski directs a fine ensemble cast in the adaptation of the savagely funny stage play Carnage. Jodi Foster, John C. Reilly, Christoph Waltz and Kate Winslet are two married couples who sit down for a dinner to discuss their kids’ roles in a bullying incident at school, but things quickly go south.

Angelina Jolie makes her writing/directing debut with the Bosnian War drama In the Land of Blood and Honey.

The Idiotbox: “South Park” is as razor sharp and topical as ever in its 15th season. Nothing escapes its satirical sights as Cartman and the boys take on The Human Centipede, iPads and WikiLeaks.

The Horror! The Horror!: A woman and her sister set out to investigate a sinister tunnel linked to a series of disappearances, including that of her husband, in the tense horror film Absentia.

Funny Business: Slacker Jonah Hill shirks his babysitting duties while he sets out on a mission to hook up, only to find himself running for his life from a drug dealer in The Sitter. David Gordon Green (Pineapple Express) directs.

From the Vault: One of the greatest films ever made, the timeless romance Casablanca celebrates its 70th anniversary with a limited edition gift set bursting with bonus materials, including an art book and 14 hours of documentaries.

Foreign Fare: The Hunger Games owes a lot to the horror/black comedy Battle Royale films. Set in a dystopian Japan, the two films follow a class of ninth graders who are put on an island and forced into mortal combat. The Complete Collection contains multiple cuts and loads of extras.

Under the Radar: James Franco writes and directs the story of poet Hart Crane in The Broken Tower. Michael Shannon co-stars.

Blu Notes: Commemorate Whitney Huston’s passing by revisiting the singer at the height of her stardom in The Bodyguard: 20th Anniversary Edition. Kevin Costner plays a former Secret Service agent hired to protect a pop star after she receives death threats. The mismatched pair soon begin to fall for each other.