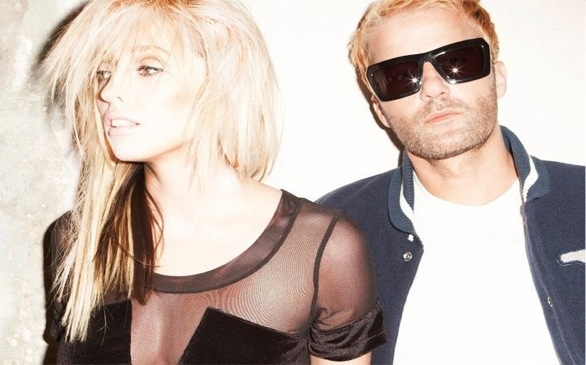 After having to cancel two shows, the Ting Tings played a rowdy one at the Mayan. Although the lead singer, Katie White, had to get her appendix out seven days prior, she still led the crowd on strong. With her red and white striped top, running shorts, thigh highs, creepers and cap on, her spunky style was a perfect accompaniment to her quirky music.

From the pounding of the drums to the beaming red lights, the audience was definitely getting into the beats. Jules de Martino was sporting his shades while playing the guitar and drums. During "Shut Up and Let Me Go," White pounded the bass drum and then kicked it to the floor, which was followed by her using it as a chair as she struck the cowbell. Her rebellious nature definitely had the crowd going wild.

When introducing the song "That’s Not My Name," she explained, “this song is about being invisible,” which led the audience to have an overwhelming amount of energy and excitement. As the tour makes its way across the U.S., I am sure the Ting Tings will cotinue to make the audience go wild.