Stagecoach is Country at Its Best: April 27-29 @ Empire Polo Club 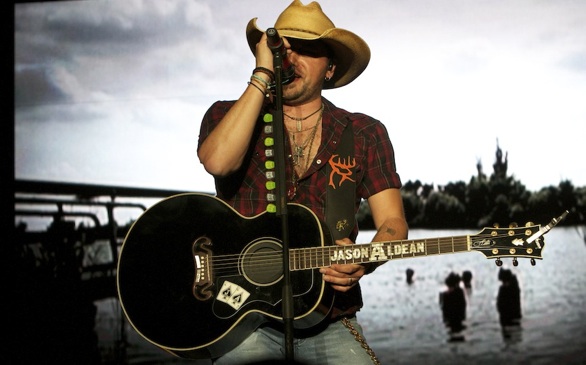 On the hallowed grounds of the eclectic Empire Polo Club – best known as home to Coachella – every year comes an event that cleans the palate of that other music festival to bring in something completely different: Stagecoach.

The Stagecoach Music Festival is country at its best, and arguably music at its best, too. Although country is the common denominator among the acts, it offers a diverse mix of musicians, art and culture. The vibe is amazing, and the layout is perfect. Despite spending three days in desert heat with temperatures approaching 100 degrees, I didn’t hear one complaint from the many attendees.

Roaming the ground you meet people from all over the place. And yes, you really meet them –rather than coolly observing them from afar. Everyone is extremely friendly and open to sharing a cold one or whatever they have going on at their tailgate. As each band plays, you find yourself singing along with total strangers that turn to into drinking buddies in an instant. So with a vibe like that, how could you go wrong?

The camaraderie is an amazing aspect of the experience, but first and foremost is the music; it’s what really makes this event stand out. Nowhere else in the West is there an event like this. The best of the best in country music show up and just have fun. The bands joke on stage with each other, and the sound system sends their tunes flying into your soul.

One of the weekend’s highlights was hearing Alabama perform a lively set followed by Jason Aldean belting out his hits; it was pure rock. Aldean was even joined onstage by Kelly Clarkson for their duet. There are not many places in the world where you can experience something like that, and that was only day one.

I could go on and on about the music and the crowd, but it would be redundant. It was all great. Having the chance to sit back and watch Luke Bryan whip the crowd into a frenzy as he covered Metallica was as entertaining as when Miranda Lambert closed down the show on Saturday night. The energy is pure magic out there, and Stagecoach continues to prove that country may not be the hottest thing on the charts, but it’s the one style of music that endures.

To see more concert photos, visit DavidTobinPhotography.com or find him on Facebook.