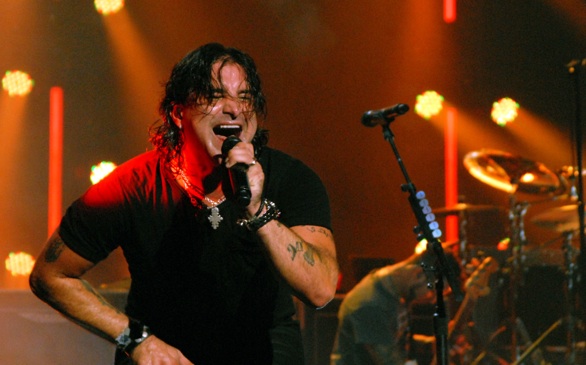 On May 15, fans crowded the Wiltern, which provided seats across the general admission area. As soon as lead singer Scott Strapp appeared onstage, the venue became a standing room only environment, leaving hundreds of seats vacant as audience members hoped to capture a better view of the stage. As the house lights dimmed, the band appeared and received a thunderous ovation as it began its 90-minute set.

The four-piece ensemble from Tallahassee, Florida, traveled back to 1999, performing its diamond-certified album Human Clay in its entirety. The night kicked off with "Are You Ready," and continued in chronological order through the album.

Digital cameras and cell phones lit up throughout the venue, appearing like fireflies in the sky. Everyone participated in a sing-along with the band, eagerly waiting to hear their favorite singles live.

Guitarist Mark Tremonti had the crowd cheering and energized early in the night with fast rhythms and melodies. The stage was flooded with heavy blues, magentas and yellow strobes, adding a visually stunning experience for everyone. Drummer Scott Phillips stood on a six-foot platform above the stage with a massive drum kit. The chrome-plated equipment glowed immensely as he collided drumsticks with cymbals, and bass pedals sent vibration sound waves into the front row audience.

"Beautiful" slowed the aggressive tempo of the night, revealing the emotional and vulnerable aspect its lyrics provide.

The differences that disbanded the group years ago were clearly something of the past. Strapp and Tremonti appeared like brothers once again, eliminating any thought of missing chemistry or magnetism. Strapp’s interaction with the audience was nothing short of grateful. Aside from slapping hands with everyone at arms reach when he’d kneel down and scream into the microphone, he thanked everyone for sticking by them for the past 15 years, and said that he hoped to continue the band's journey as long as the fans allow it to.

Halfway through the night, Creed's most successful singles began, which received the loudest response from the crowd. "With Arms Wide Open" was an immediate shouting match between Strapp and the tireless crowd. The electrifying energy continued with "Higher," another massive hit from the late '90s. Once the album concluded, the band continued the night with hits from its other two successful albums.

“Are you guys ready to take it back to 1997?,” asked Strapp as they performed "Torn" off Creed's debut album.

After performing 15 songs, the band closed the night with "One" causing the audience to repeatedly chant, “Creed, Creed, Creed,” in hopes of an encore.

After a few minutes of anticipation and build up, Creed reappeared on stage, signing off with "One Last Breath" and a lead-in a cappella version of "My Sacrifice." With over 40 million albums sold worldwide and countless performances across the globe, the rejuvenated and inspired group plans on completing its fifth album in hopes of a late 2012 release date.