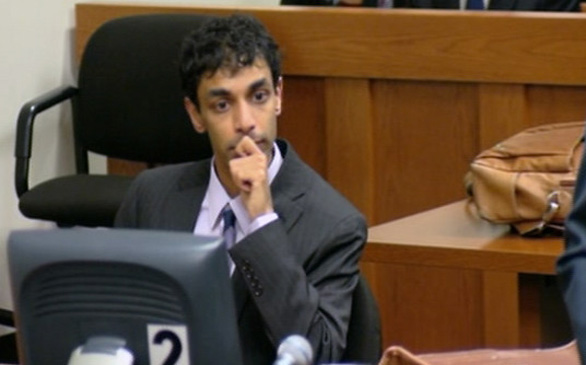 Dharun Ravi has been sentenced to 30 days.

Dharun Ravi has been sentenced to 30 days for bullying his gay roommate, a New Jersey judge announced on Monday. The sentencing comes after Ravi spied on and intimidated his gay Rutgers University roommate, Tyler Clementi, who then killed himself by jumping off New York's George Washington Bridge in September 2010. Ravi will serve three years of probation and must complete community service aimed at assisting victims of bias crimes, according to Superior Judge Glenn Berman on top of paying more than $11,000 in restitution.