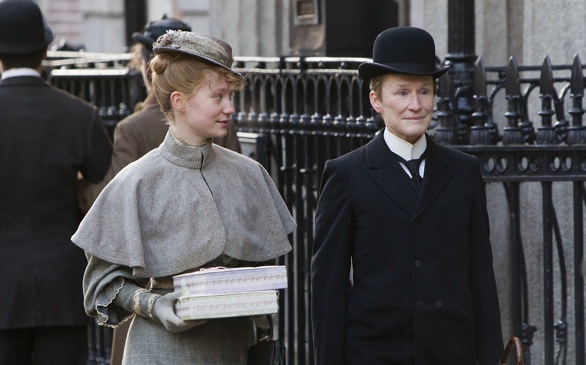 The Majors: One of the best action movies in a while, The Grey stars Liam Neeson as the leader of a team of oil drillers whose plane crashes in the Alaskan wilderness. Now the men have to brave the elements and a relentless pack of wolves to make it back to civilization alive.

Katherine Heigl stars in the adaptation of Janet Evanovich’s bestselling action-comedy, One for the Money. Down on her luck, Stephanie (Heigl) takes a job as a bounty hunter tracking a murder suspect who happens to be an old flame (Jason O’Mara), but she quickly finds herself in over her head.

Two CIA agents (Chris Pine and Tom Hardy) go to war after they discover they’re both in love with the same woman (Reese Witherspoon) in the action-comedy This Means War. McG directs.

The Idiotbox: More monsters than you can count descend on Bon Temps in “True Blood:” Season 4. This season of Alan Ball’s vampire drama has Sookie and Eric hook up, while an Inquisition-era witch possesses a medium and wreaks havoc.

From the Vault: Two Blake Edwards comedies are now available via MOD from the Warner Archives: Julie Andrews stars in the Oscar-winning cross-dressing classic Victor Victoria co-starring James Garner. Skin Deep stars John Ritter as a womanizer coming to grips with growing up. The glow-in-the-dark condom scene is a classic.

The Horror! The Horror!: A young woman sets out to discover why her mother murdered three clergymen, and uncovers the world of exorcism and demon possession in the surprise hit The Devil Inside.

A young lawyer (Daniel Radcliffe) travels to a client’s estate in a rural English village only to awaken the wrath of the vengeful ghost that haunts it in The Woman in Black, a refreshingly old-fashioned gothic ghost tale.

Under the Radar: The Oscar-nominated Albert Nobbs features a career performance by Glenn Close as a woman posing as a man in order to get by in Victorian Ireland. Rodrigo Garcia (“In Treatment”) directs.

Woody Harrelson leads a stellar ensemble cast in the gritty drama Rampart. Set in the corruption-plagued LAPD of the ‘90s, the film follows a cop who dispenses his own brand of justice, but finds his world spinning out of control when he’s taped beating a suspect. Steve Buscemi, Robin Wright and Ice Cube co-star.

Stranger Than Fiction: Something Ventured tells the story of the original venture capitalists and the birth of the high-risk, high-reward industry that made companies like Apple and Intel possible.

Blu Notes: Two anime classics from Hayao Miyazaki’s Studio Ghibli come to Blu-ray: Whisper of the Heart is a charming tale of young romance about a girl who sets out to find the boy who has read all the same library books as her, only to discover that she can’t stand him. Castle in the Sky has all the staples of Miyazaki high adventure: pirates, secret agents, floating castles and a daring young couple. Animation doesn’t get much better than this.