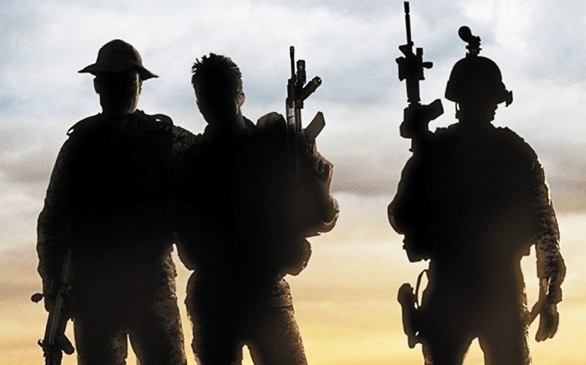 The Majors: Denzel Washington and Ryan Reynolds square off in the thriller Safe House. A traitorous CIA agent (Washington) becomes the target of a hit while in custody, and a rookie agent (Reynolds) has to keep both of them alive.

A wrongly convicted ex-cop (Sam Worthington) escapes from prison in order to clear his name by orchestrating the ultimate heist from the ledge of the Roosevelt Hotel in Man on a Ledge. Ed Harris and Jamie Bell co-star.

Amanda Seyfried stars as a woman tracking down the serial killer who has kidnapped her younger sister in Gone. Wes Bentley co-stars.

The Idiotbox: One of TV’s best dramas, “Breaking Bad” puts its characters through more hell than pretty much any other show. Season 4 finds the noose tightening around Walt and Jesse’s necks as they plot to escape from their ruthless drug kingpin employer. Meanwhile, the DEA and the Mexican Cartel are closing in.

Larry returns to New York newly divorced and ready to get himself into the world’s most awkward social situations in the still-going-strong “Curb Your Enthusiasm:” Season 8. Michael J. Fox, Robert Smigel and more guest star.

It’s “The Office” on drugs in “Workaholics:” Season 2. Three party animal roommates and co-workers drink their way through hilarious misadventures as they successfully try to avoid their office cubicles.

A jaunty, original take on the western, season 1 of the classic TV series “Maverick,” starring James Garner, hits DVD. Garner plays Bret, a wisecracking card shark who has a way with the ladies and a knack for getting into all kinds of trouble.

Based on the best-selling books, “Pretty Little Liars:” Season 2 follows the four most beautiful girls in high school as they deal with the mysterious death of a clique member.

Funny Business: Sean William Scott stars as a sweet guy recruited as an enforcer for a minor league hockey team in the comedy Goon. Liev Schreiber co-stars as his nemesis.

Action!: Real life Navy SEALS star in Act of Valor. Based on an actual operation, the film follows an elite squad out to rescue a captured CIA operative only to discover a much larger threat.

Under the Radar: A mother (Tilda Swinton) examines her own culpability as she watches her son’s increasingly disturbing behavior in Lynne Ramsay’s We Need to Talk About Kevin. John C. Reilly co-stars.

Ralph Fiennes directs and stars in a modern day retelling of Shakespeare’s "Coriolanus." Fiennes heads a powerhouse cast including Gerard Butler, Vanessa Redgrave and Brian Cox in this action-packed military tale of honor and revenge.

Blu Notes: Two ‘70s classics hit Blu-ray: The ultimate conman movie, The Sting stars Paul Newman and Robert Redford as two Depression-era grifters plotting the ultimate con in this twist-filled classic. Smokey and the Bandit features Burt Reynolds at the height of his glory as a fast-talking trucker on an insane cross-country race against the law. Jackie Gleason and Sally Field co-star.

Two early Tom Cruise blockbusters come to hi-def: The Color of Money, Martin Scorsese’s stylish sequel to the poolroom drama The Hustler, costarring Paul Newman, and Cocktail, in which Cruise trains to become a hotshot bartender and win the heart of Elisabeth Shue.