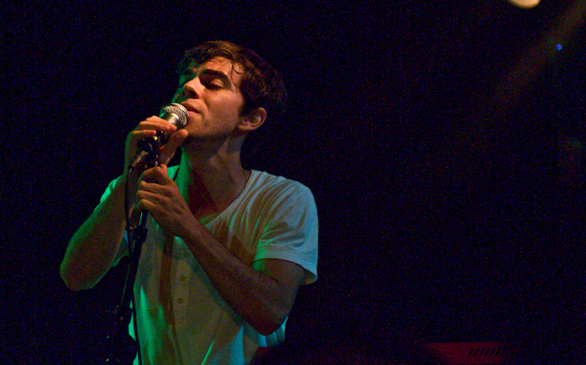 I have been a fan the up-and-coming band Electric Guest since the first time I heard their nearly nine-minute long, beautiful song, “Troubleman,” so I jumped at the chance to see them at the Viper Room on Monday night.

Sometimes a band comes out, and you are disappointed by the live sound versus the album; this time, I was blown away. The authenticity and great sound in the live set was exactly what I was hoping to hear, and after listening to the album often over the past weeks, I had high expectations.

The group, made up of brothers Todd Dahlhoff and Tory Dahlhoff, along with band mates Asa Taccone and Matthew ”Cornbread” Compton, came out with the stage presence of a band that will soon be taking over much larger followings and venues. The guys looked like they were having a blast, particularly when the audience knew every word to “Under The Gun.” The packed Viper Room eagerly moved along with their electronic beats.

While I love the intimacy of the venue, I would love to see them in front of a larger crowd, and I hope that happens in the near future. As the guys make their way to new places, do not turn down the chance to see them live: You will not be disappointed. Until then, be sure to check out their album Mondo, which includes some of my favorite musical discoveries of this year.