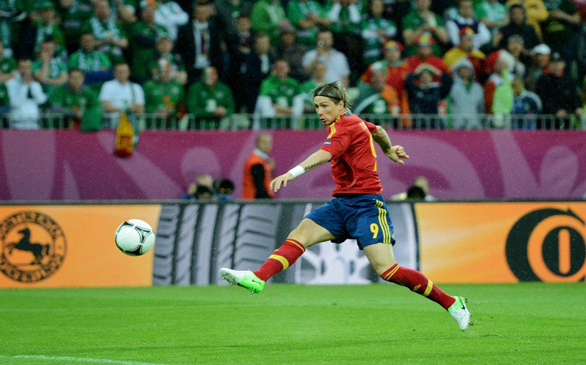 Spain out spoke its critics. Well, not really. The team did it with their feet in their 4-0 victory over Italy Sunday in the Euro Cup final. Striker Fernando Torres scored a goal and he then assisted on another to seal the championship for Spain, who won their third consecutive major soccer tourney. David Silva, Jordi Alba and Juan Mata also netted goals.