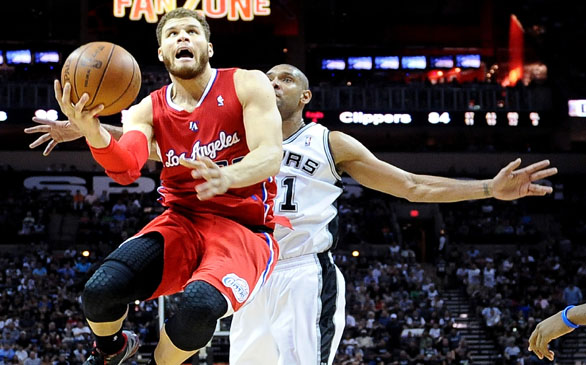 Blake Griffin, left, will be a Clipper for a long time.
(Credit: Wally Skalij/Los Angeles Times/MCT)

The Los Angeles Clippers and power forward Blake Griffin have agreed to a five-year contract extension. Worth roughly $95 million, the deal will be a maximum if Griffin is voted an All-Star starter again or named to a second All-NBA team next season under the so-called "Derrick Rose Rule" in the new collective bargaining agreement, according to ESPNLosAngeles.com.