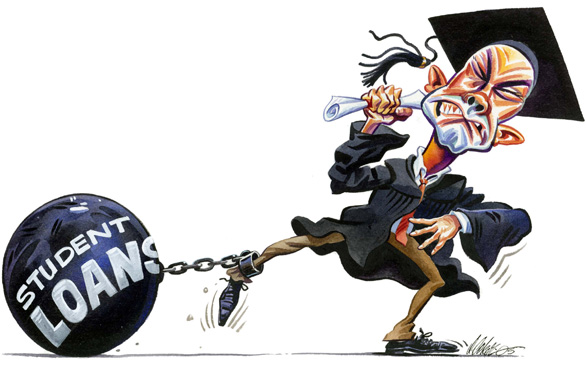 A report on for-profit colleges that aired on NBC’s Rock Center on July 19 shared the story of Ashley Wood, who is a former for-profit college student. Wood, a 23-year-old graphic design artist, attended the Art Institute of Las Vegas. She graduated and has a job, but she carries a $145,000 student loan debt with interest rates as high as 12 percent.

“I honestly believe I would have to pay $2,000, $3,000 a month to get ahead on this loan.  If I pay them what they’re asking, my loan literally will never be paid off,” Wood said during the interview. According to reports, for-profit colleges are a $30 billion a year industry as they predominantly target low-income people. Student loan debt has set a record high of late after surpassing the $1 trillion mark. Such loan debt appears to be more intense in for-profit institutions, particularly.