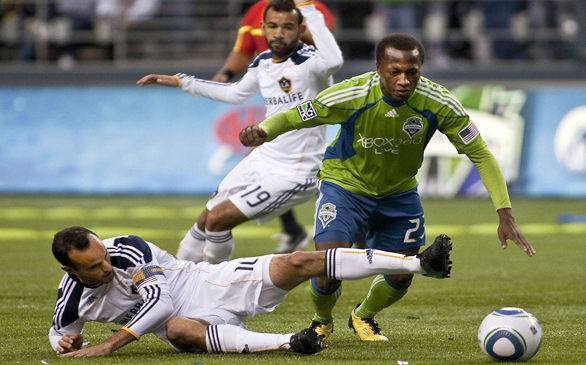 Team captain Landon Donovan and David Beckham will miss Tuesday's friendly against Tottenham Hotspur, the Los Angeles Galaxy announced Monday. Both players are participating in Wednesday’s AT&T MLS All-Star Game at PPL Park in Chester, Pa., against Chelsea FC. Beckham and Donovan were voted to the MLS All-Star First XI on July 8. This is the MLS record 12th time that Donovan has been selected to play in the MLS All-Star Game, while Beckham will be making his third All-Star appearance, according to the Galaxy.